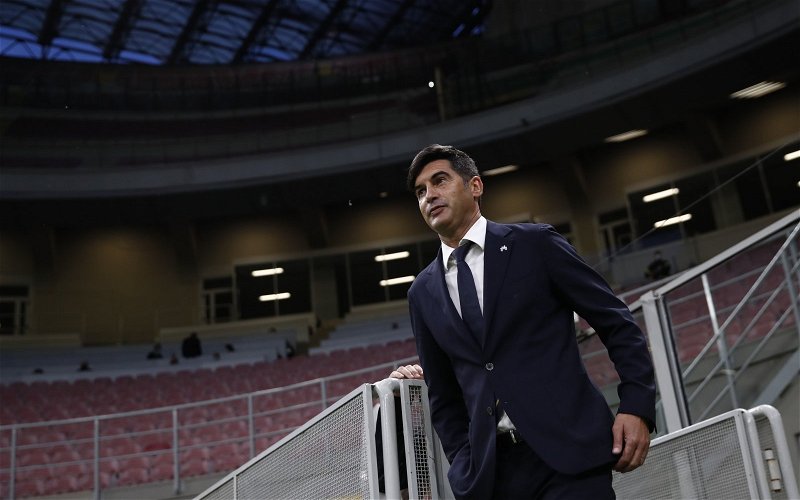 An agreement to bring Paulo Fonseca to Newcastle United is getting closer, according to Fabrizio Romano.

The former Roma boss has been strongly linked with a move to St James’ Park following the departure of Steve Bruce earlier this week. Currently out of work, the 48-year-old could prove a relatively straightforward appointment given his status as unemployed which, crucially, could help provide some clarity during what is now a relegation battle.

Taking to Twitter, Romano revealed that talks are continuing today between the Portuguese and the club’s board over what could be a long-term deal.

Interestingly, a report from The Daily Mail in June claimed PIF and the new owners were interested in his services had the takeover gone through in 2020, so it seems fair to suggest he’s been somewhat of a long-term target.

How many trophies have Paulo Foncesa won in his career?

While in charge of Shakhtar Donetsk, Fonseca won a league and cup double in each of his three seasons. Indeed, they followed a Portuguese cup with Braga and a domestic Super Cup victory with Porto, meaning he has won nine trophies over the course of his career.

Clearly, that does by no means guarantee success and perhaps those two divisions aren’t quite as strong as the Premier League, though he did manage to take Roma into the Europa League semi-finals last season.

What has Fonseca said about his style of play?

Speaking to The Athletic in December 2020, he revealed that his time in Italy had changed his style of play and that he enjoyed hitting teams on the counter.

“I’ve changed now. Keeping the ball as I love to do is not possible in Italy.

Given where Newcastle are at the moment, that could be a tactic that works. The make-up of the squad doesn’t look overly suited to expansive football and Rafa Benitez enjoyed relative success with a similar style of play, so there’s certainly a logic in potentially appointing him.