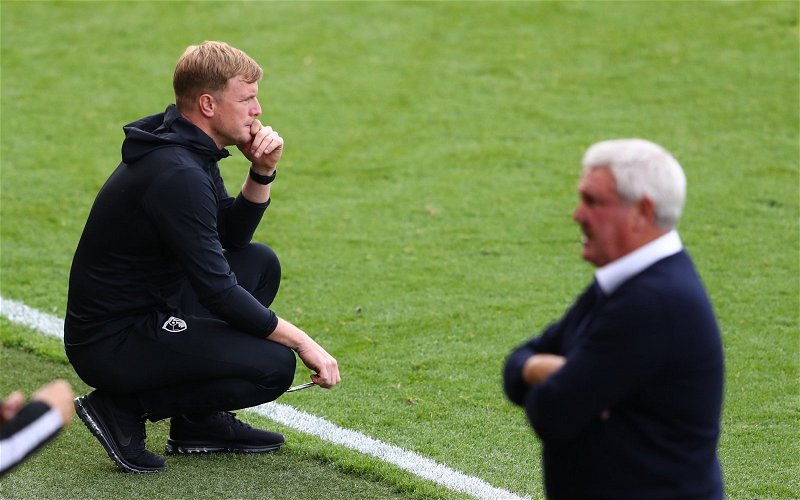 Eddie Howe will not push for the Newcastle United job despite the club’s recent takeover, according to Football Insider.

Following the controversial sale of the club to a group backed by the Saudi Arabian Public Investment Fund (PIF), manager Steve Bruce is expected to depart. A wholly unpopular figure on Tyneside anyway, it’s difficult to imagine the 60-year-old remaining in charge now that the club have entered a new era.

Naturally, a number of out-of-work managers will be linked with a move to St James’ Park and there would be a certain logic to moving for Howe. Experienced in the Premier League and someone who has proven he can play an attractive brand of football, Howe has worked with the likes of Ryan Fraser and Callum Wilson to great success.

Still, the 43-year-old is expected to wait for the Southampton job – an avenue he believes will open up in the future – as he does not wish to relocate from the south of England. Indeed, that was said to be part of the reason as to why he snubbed the Celtic job over the course of the summer.

Should this bother Newcastle fans?

Given the resources that are now available, probably not.

While not to cast any dispersions over Howe’s ability as a manager, Newcastle are now shopping in different markets. The fact is, the new owners could feasibly afford to appoint someone with a track record of at least challenging for major trophies, even if they may not necessarily do that right away considering where the team currently are.

Perhaps that’s getting too far ahead of ourselves. The idea of an Antonio Conte-like figure walking into the club at the moment may be a touch unrealistic but the fact of the matter is, the Newcastle project is surely now one that can attract bigger names.