News: Roberto Martinez in the frame for Newcastle United job 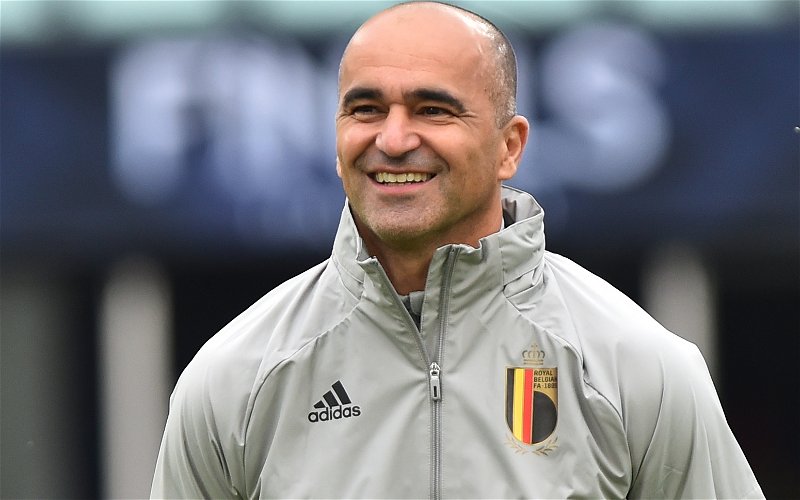 Roberto Martinez could come into the frame as a realistic candidate for the Newcastle United job, according to The Daily Mail’s Craig Hope.

Following the sacking of Steve Bruce, former Roma manager Paulo Fonseca has emerged as one of the favourites. Currently out of work, he could prove to be a fairly straightforward appointment as the new owners desperately try and turn around what has been an awful campaign thus far around.

Still, while Hope reveals that talks have been held with the Portuguese, Martinez is also in the frame. While the former Wigan boss in charge of the Belgian national team, it would cost less than £2m to buy him out of that contract.

Would Roberto Martinez be a good appointment for Newcastle?

Having managed in the Premier League before, there’s certainly a logic there.

Indeed, Martinez has also led Belgium to the highest ranking in world football during his time in charge, although doubters could point to the fact that he has been unable to wholly convince in major tournaments with what is effectively a golden generation.

Still, while manager of Everton, Martinez was criticised for the defensive problems his team endured. Given Newcastle’s backline have conceded more than anyone else in the Premier League this season (and were even labelled as ‘Championsip’ standard by Jamie Carragher) it could be somewhat of a gamble.

That, though, might be one the club have to take. After a chronic lack of investment in the defence over the years, whoever replaces Bruce will surely have to deal with the same problems until at least the January transfer window.

What has been said about Martinez and Newcastle?

“Roberto has got Belgium very close in finals and things like that,” he said.

“He is a renowned manager. Because of the level of performance and the quality of the team that he has had over the past few years, he is an outstanding candidate.”