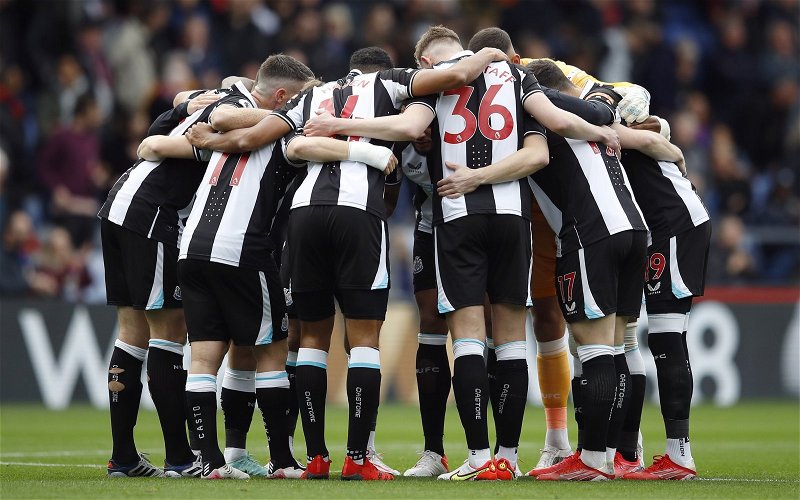 The departure of Steve Bruce raised the mood behind the scenes at Newcastle United, according to The Athletic.

While there didn’t appear to be a dramatic upturn in fortune in the draw against Crystal Palace some days after the news Bruce had left St James’ Park by mutual consent, interim manager Graeme Jones did at least manage to stop the rot.

Indeed, the report reveals that, although the news of Bruce’s exit wasn’t exactly met with widespread applause, there was an improvement in the atmosphere behind the scenes.

Why would that be the case?

The Daily Mail recently revealed that there was a feeling standards had slipped at the training ground and one star player was going back to his former club in order to get a better fitness program.

The Athletic report also suggests that the squad feel as if they are better than the 19th position they currently find themselves in and, given their form towards the end of last season, it’d be hard to argue with that.

Of course, questions have to be asked of the players as much of the manager, but perhaps a new face could get much more out of a side containing £60m worth of strikers alone.

Bruce himself spoke in the wake of the takeover and admitted he was almost expecting to be sacked and, having overseen a miserable start to the campaign, it was surely time for him to go. Considering how poor the team have been thus far, it was always unlikely Jones would be able to turn things around right away but, long-term, Bruce’s exit has to be seen as a positive.

What has been said about Bruce leaving?

Speaking to The Daily Mirror, club captain Jamal Lascelles admitted the players needed to look at themselves too for their role in the awful start to the campaign.

“When we are performing as we do it is going to put a lot of heat on the manager,” he said.

“We need to be accountable and look at ourselves as well because there comes a point when it doesn’t matter who is in charge, if the collective as players are not doing it, it doesn’t matter.

“We are all looking at the social media and stuff. Uncertainty doesn’t help when you don’t know if the manager is staying or going. A lot of things have happened recently.

“He is a well respected man and 1000 games as a manager says a lot in itself. The time here we had a lot of ups and downs. That is part of football.

“I would like to wish Steve all the best to him and his family in what he does next. Graeme [Jones] is in charge. That is done. There are no excuses or thinking otherwise.”