Next manager: Newcastle United yet to give up on Rafa Benitez 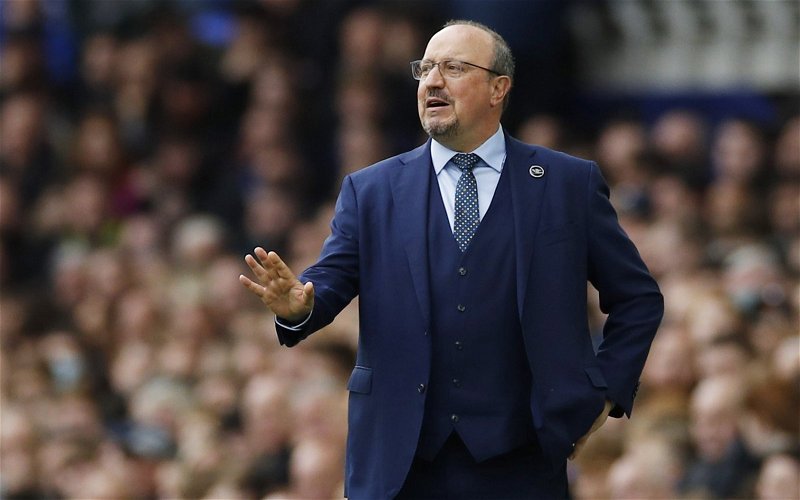 The new owners at Newcastle United have not given up hope of potentially luring Rafa Benitez back to St James’ Park, according to Football Insider.

Former Roma manager Paulo Fonseca has been strongly linked with a move to the club following the departure of Steve Bruce. Indeed, given the 48-year-old is currently out of work, he would presumably be a much more straightforward appointment at this stage.

However, the report suggests that there is a hope Benitez – who left in 2019 – could be tempted away from Everton. While the Spaniard is not in the habit of breaking contracts, his connection to bitter rivals Liverpool proved controversial upon his initial appointment at Goodison Park earlier this summer.

With that in mind, the club are reportedly unlikely to move ahead on other targets until the prospect of bringing the 61-year-old back to Tyneside is completely ruled out.

Would Benitez be a good appointment?

Long-term, the likes of Fonseca or Lucien Favre might play a more expansive brand of football but, right now, that is not what Newcastle need. That’s not to suggest Benitez is solely a firefighter and should be replaced if he keeps the team in the division, of course.

The idea of him working with more resources, improving on what he did during his reign in charge between 2016 and 2019, is hugely exciting. In terms of building the club up, there would appear to be few more logical options.

Experienced in the Premier League, Benitez showed an understanding for the club during his at Newcastle and has close links to Amanda Staveley, as well as many of the players currently on the books.

The risk is, however, that Benitez does not leave his post so early into his tenure, leaving Newcastle chasing someone never likely to come. Tottenham Hotspur were left in that kind of mess when sacking Jose Mourinho earlier this year and ended up with Nuno Espirito Santo who, while a good manager, clearly wasn’t first choice.

Given the situation Newcastle currently find themselves in and the very real threat of relegation following an awful start to the campaign, they need clarity as soon as possible.

What did Benitez say when leaving Newcastle?

Even after leaving his post in June 2019, Benitez admitted he would still be at St James’ Park had the previous regime shared his ambition.

“I lost trust at Newcastle,” he told The Times.

“If those in charge had my ambition, I would still be there.”