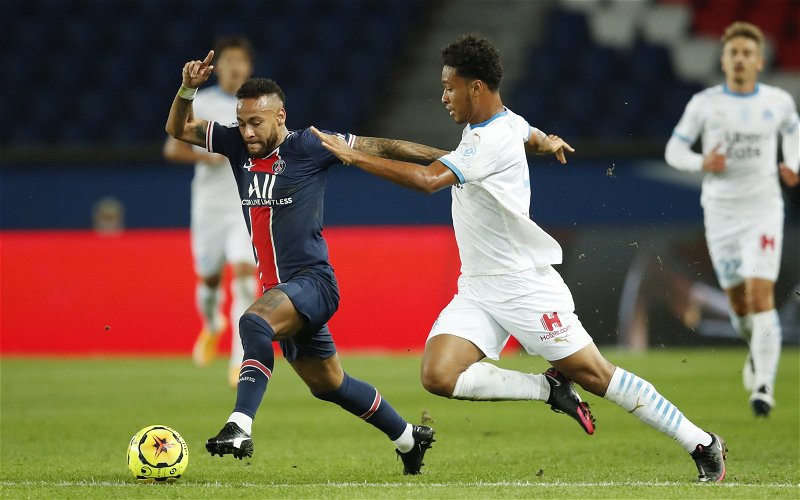 Marseille’s Boubacar Kamara was not convinced by a Deadline Day move to Newcastle United, according to French outlet L’Equipe (via Sport Witness).

The 21-year-old was linked with a late move to St James’ Park, as well as Premier League rivals Wolverhampton Wanderers, but ultimately decided to remain in Ligue 1. Indeed, while his club were reportedly open to the idea of a sale, Kamara chose to stay put.

Yesterday, The Athletic’s Chris Waugh did confirm there had been interest on Tyneside in the player too after extensive scouting, so missing out on him can surely be considered a blow.

Would Kamara have been a good signing?

It seems safe to assume so, even if his addition alone wouldn’t have made up for a hugely disappointing transfer window.

Able to operate in both central defence and midfield, the French U21 international ranks amongst the top 79 percentile of players across Europe’s major five leagues over the last year for clearances (2), aerial duels won (2) and successful tackles (2.74) on a per-game basis in his position (via FBREF).

With Newcastle crying out for defensive reinforcement after being ripped apart by West Ham United on the opening day of the season, as well as failing to deal with a late Southampton attack to deny them a much-needed win last weekend, perhaps Kamara could have offered something different.

Still, given where the club are at right now, it’s hard to blame any player for reportedly rejecting the idea of a move. Newcastle just aren’t that appealing anymore.