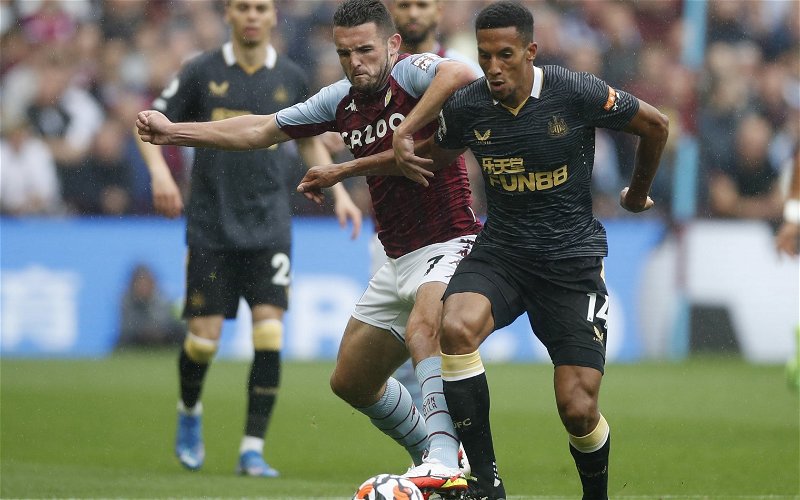 Newcastle United manager Steve Bruce had planned for Isaac Hayden to feature as a right-sided central defender had Hamza Choudhury been brought to the club on loan, according to The Athletic.

With Bruce’s side having the weakest defence in the league, the decisions to hand the likes of Federico Fernandez, Ciaran Clark and Fabian Schar new contracts ahead of refreshing the squad look all the more baffling. Indeed, not since Emil Krafth (who has yet to convince in any role) have the club signed a defender and their options there have been described as a ‘much of muchness’.

Nothing But Newcastle were told back in May that former Celtic defender Kristoffer Ajer was a priority target, although it was newly-promoted Brentford who ultimately offered the Scottish giants the kind of package that saw him sold.

Would playing Hayden in defence work?

Well, given the general lack of investment, it might have been a good way of balancing the team.

Having averaged the highest number of tackles and interceptions in the squad last season (via WhoScored), deploying him there might have been a good idea. Clearly, it would be nice to have a specialised option, but the lack of money available means any Newcastle manager has to find internal solutions.

Though Hayden’s talents might lie in midfield, being the right-sided central defender may have suited. Clearly boasting the legs to cover large distances as he does in his current role, he might have allowed the full-back to push on without fear, knowing Hayden has the athleticism to get across the flank.

On Deadline Day, NBN were also told that Mike Ashley was refusing to release any extra funds for loan players despite deals for Choudhury and Tottenham Hotspur’s Cameron Carter-Vickers (who, ironically enough, replaced Ajer at Celtic) being lined up.