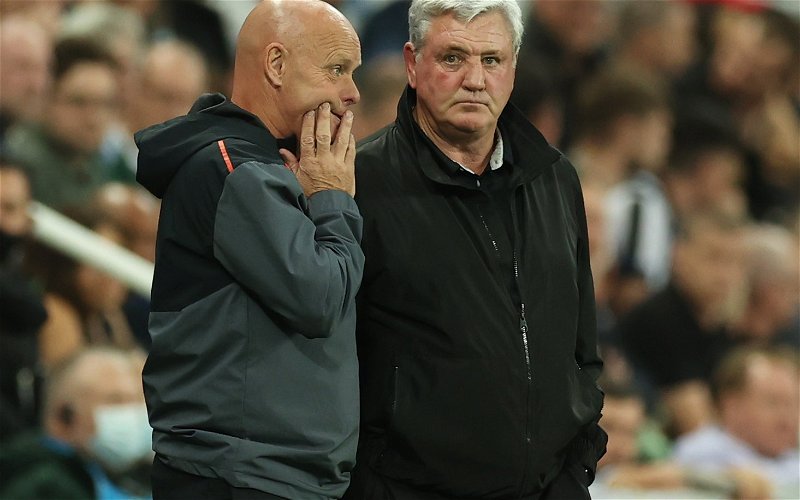 Pundit Gabby Agbonlahor has urged Newcastle United to sack whoever is responsible for the recent training ground leaks, while speaking to Football Insider.

Last week – on the eve of a big game at home to Leeds United – reports from The Daily Mail revealed an awful lot about what has been happening behind the scenes at the club’s training Benton training ground. Indeed, there’s said to be dissatisfaction with Steve Bruce’s training methods, as well as a falling out between assistant coach Graeme Jones and Dwight Gayle.

This came only months after the same publication revealed Matt Ritchie had been involved in a bust-up with Bruce, allegedly calling him a ‘coward’ after he has blamed for not passing instructions on quickly enough during a draw with Wolves at St James’ Park.

Throw in the fact that there is said to be (via The Athletic) an annoyance from above that Bruce took a holiday over the international break, as well as a feeling that Jones is his successor-in-waiting, and it looks like a real mess.

What did Agbonlahor say about Bruce?

Talking to the publication, the former Villa striker claimed whoever was responsible for leaking the information should be removed from the club immediately.

“It happens every week on the training ground, especially when you’re not playing,” he said.

“I fell out with Gary McAllister because I wasn’t playing and we had a fallout, you’re not meant to be happy when you’re not playing, you can be sulking.

“I don’t see a problem with Dwight Gayle and Graeme Jones doing that.

“The problem is the leaks at Newcastle, it’s embarrassing. Steve Bruce should try and find out who is leaking it and sack them.

Clearly, leaking things to the press is far from best practice but, frankly, it’s hard to blame the players for feeling disillusioned.

This is a group who have largely been together since the Championship campaign of 2016-17, who have previously shown the kind of spirit required when battling relegation, so to suggest they are not pulling their weight would be entirely unfair. While we can never truly know what goes on behind closed doors, little about their attitude over quite a prolonged period would suggest they are downing tools.

The problems appear to be coming from the manager and his methods.