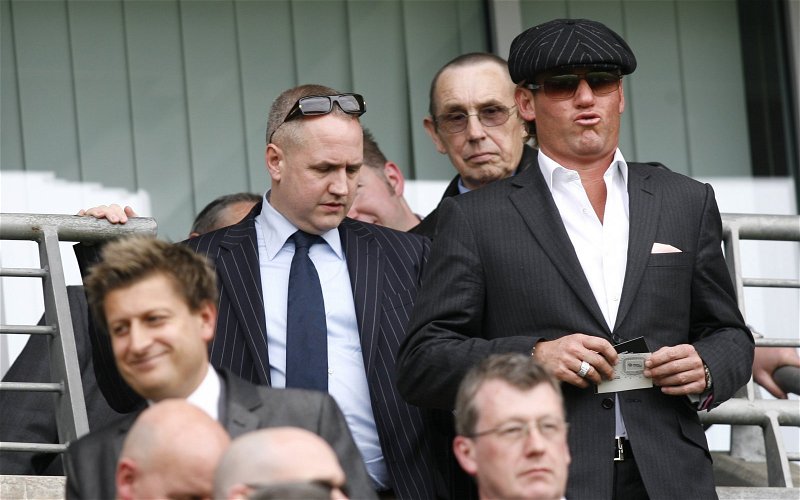 Simon Jordan, a man known for riling the Newcastle United fanbase, has told talkSPORT that he’s spoken to Steve Bruce about his future at St James’ Park.

Despite finishing last season strongly, an awful summer transfer window and a miserable start to this campaign has seen the pressure ramped up on the 60-year-old.

Indeed, he has appeared to react angrily to a statement put out by the club defending their transfer strategy, as well to questions about taking a holiday over the international break, while The Athletic have suggested Bruce is feuding with those above him.

Star striker Callum Wilson is expected to miss up to a month of Premier League action and, after four winless games thus far, Bruce’s side are in the bottom three.

What did Simon Jordan say?

Speaking about the situation on Tyneside, the former Crystal Palace chairman revealed he had spoken to Bruce.

“A lot of Newcastle supporters don’t like Steve Bruce – they don’t rate his record,” he said.

“I happen to rate Steve Bruce, I think he’s a decent football manager.

“I think he should quit? Oh, absolutely, and I’ve told him unequivocally.”

Would things be different if Bruce left?

Sadly, given the lack of ambition at the top of the club, it’s hard to see Newcastle attracting the kind of manager to make a huge difference.

Still, perhaps there are managers out there who could get more out of this team than Bruce. Still, whether or not the likes of Frank Lampard or Eddie Howe would want to work under Mike Ashley is up for debate and a return to Sam Allardyce or moving for Roy Hodgson would likely prove unpopular amongst the support.

None of those names have been seriously linked, it’s just that they are currently out of work.

Interestingly, back in March, Nothing But Newcastle were told that Chris Wilder was keen on the job, although Ashley was reluctant to cave into fan pressure and sack Bruce.