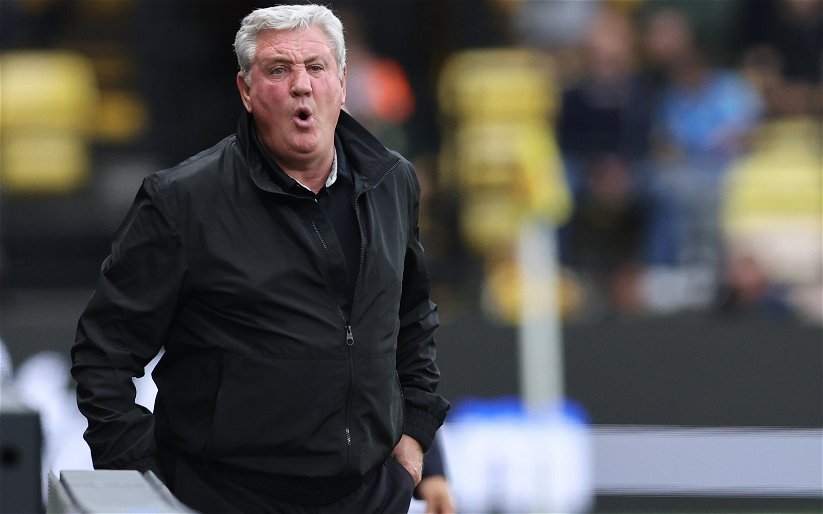 Newcastle United missed a real opportunity to get their season up and running with a draw away at Watford earlier today.

Winless in the Premier League thus far, an excellent Sean Longstaff goal looked to send Steve Bruce’s side on the way to a vital victory in what already looked like a six-pointer, although Watford have enjoyed a better start to the campaign.

That stunning strike came before a flurry of chances one could imagine the injured Callum Wilson scoring and, once again, shows how light on the ground Newcastle are for reinforcement. Indeed, with Mike Ashley having refused to release any extra funds on Deadline Day, the decision not to back-up a fairly injury-prone marksman looks increasingly baffling.

While Newcastle were lucky in that a late Josh King winner was ruled out, the major story of the game was how many chances they missed. A win here would have at least helped raise spirits slightly but, now, the frustrating wait for a win continues.

What did Steve Bruce say about the Watford game?

Speaking after the game, Bruce revealed he was keen to take the positives from the performance.

“We’ve played well again, and created enough chances to win three games. I’ve got to take the positives again,” he said (via Miles Starforth on Twitter).

Where there any positives?

Well, given Newcastle created chances – with Alan Shearer noting they could well have scored five – you’d have to say so. Still, it still isn’t good enough. King’s winner might not have counted but it does speak to a side who often crumble when the tide of a game turns against them, as it did against Manchester United earlier this month.

If Newcastle are going to stay in the Premier League, these are the games they simply have to be winning.