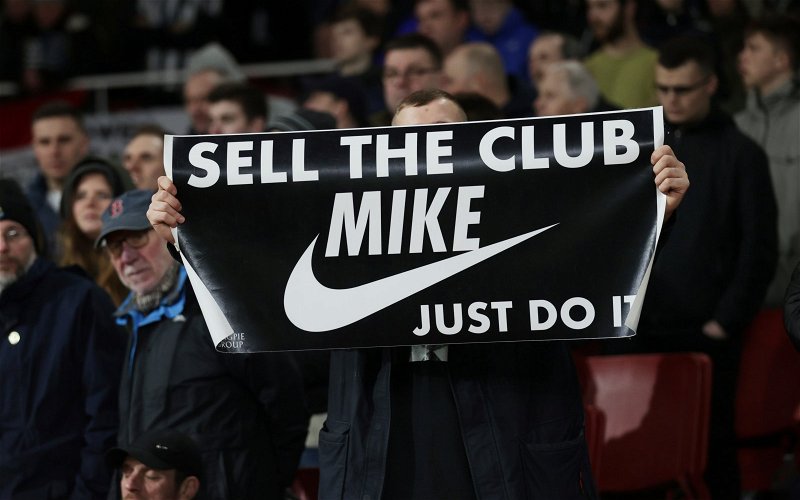 Newcastle United owner Mike Ashley is confident the club’s takeover will go through in January, according to 90Min.

They claim Ashley and his legal team believe the arbitration ruling over last year’s botched attempts to sell the club to the Saudi Arabian Public Investment Fund will go in their favour when the case is heard in January 2022.

Indeed, the signing of Joe Willock was not thought to have been planned this summer (with Newcastle breaking their policy and paying in installments) but, with Ashley understanding the club must remain in the Premier League for him to sell up, a deal was pushed through.

Financier Amanda Staveley is believed to be ready to do a deal and an agreement is reportedly closer than ever.

What should fans make of the latest takeover news?

It’s not up to one person to tell someone how to feel.

Still, we have been here before. While updates are of course necessary and noteworthy given this could easily be one of the biggest ever Premier League stories when the potential resource is taken into account, it’s hard to get truly excited about the notion of a takeover anymore.

After such a protracted saga, as well as radio silence from the Premier League, the dream just feels so far away. That, too, is without taking into account the very valid questions as to whether or not being taken over for what would effectively a sportswashing exercise is a good thing.

Perhaps the only way we’ll truly know if Ashley is taking this seriously is what he does with Steve Bruce. Though he has stuck by managers before – particularly the current incumbent of the hotseat – the pressure looks to be on the 60-year-old.

If results – and problems behind the scenes – continue in their current form, then surely the axe will soon fall if Ashley really is desperate to stay amongst the elite.