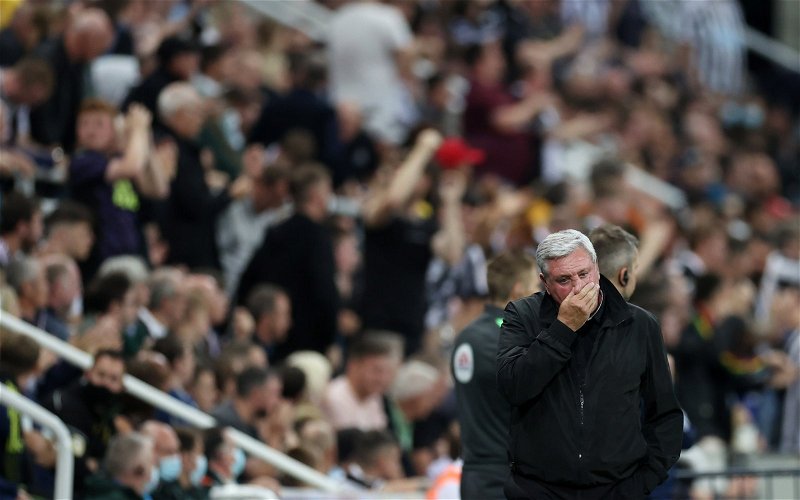 Pundit Danny Mills has slammed the leaks that appear to be coming out of Newcastle United, while speaking to Football Insider.

Prior to Friday’s draw with Leeds United, reports from The Daily Mail revealed a number of worrying issues behind the scenes on Tyneside. Indeed, striker Dwight Gayle is understood to have had to have been pulled apart from Graeme Jones after an argument in training, while there is said to be a disillusionment in the squad as to Steve Bruce’s methods in training.

They come just months after an argument between Bruce and Matt Ritchie was leaked to the same publication.

What did Danny Mills say about the situation?

Talking to FI247, the former England international slammed the situation.

“I don’t like the fact that this story has come out – that shouldn’t happen,” he said.

“These things happen on the training ground all the time; it is what it is.

“But when it comes out, it can start to get a little bit messy.

“There’s 30 big egos at the training ground and lots of people who think they’re better than everyone else.

“There’s always some that are too big for their boots.

“But what I don’t like is when this sort of thing gets leaked.”

What does this say about Newcastle?

Clearly, this can’t be good news.

Given the lack of investment over the course of the transfer window, it’s not hard to imagine Newcastle being involved in yet another relegation scrap this season. While that will (sadly) be nothing new to this team, at least there has been a sense of unity in years gone by, with the players all largely pulling in the same direction in order to beat the drop.

Frankly, with such leaks so early in the campaign, it’s hard to suggest that will continue, at least under this manager. After all, that is now two arguments within a few months (potentially) leaked to the press, with Bruce himself thought to be feuding with those above him at the club.

At any normal club, the writing would be on the wall for the manager. Still, as we’ve seen from Mike Ashley before, he’s not one to rush.