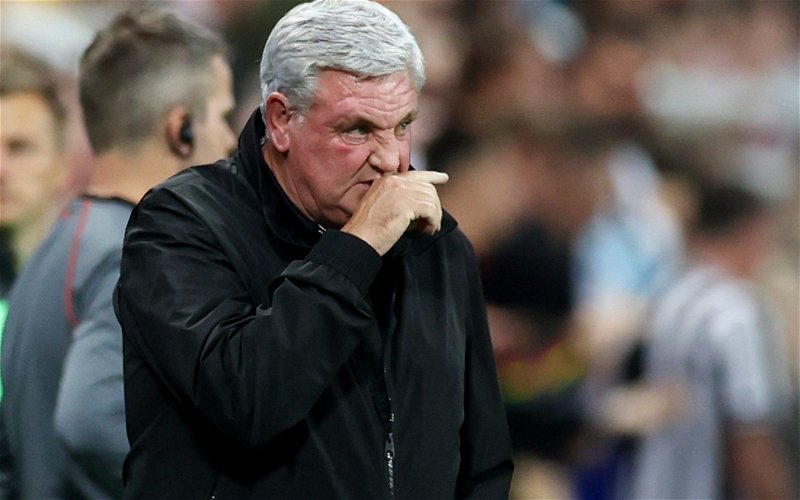 Speaking to Football Insider, pundit Danny Mills has claimed there is no chance Steve Bruce will walk away from his job at Newcastle United.

After a miserable start to the season, the pressure is on Bruce.

While Mike Ashley has not rushed into sacking managers over the course of his ownership, Chris Waugh of The Athletic recently suggested there are figures behind the scenes who feel coach Graeme Jones is his successor-in-waiting.

For the first time, Bruce appears to be feuding with those above him and there was also said to be an annoyance over the fact the 60-year-old took a holiday during the international break.

What did Mills say about Bruce’s future?

Despite the problems behind the scenes, as well as the winless start to the Premier League season, the former England international has claimed there is little chance of Bruce resigning.

“Steve Bruce has got to the point where he’s had to say ‘Look, I’m not resigning, I’m not going to be forced out,” he said.

“The fans aren’t particularly happy and he knows that but he’s not going to chuck the towel in. That makes it difficult.

“It’s a catch 22 situation. You’re stuck between a rock and a hard place.

“Steve Bruce is not going to walk away and even if he does, who do you get in? That makes it very, very difficult. Who is going to do a better job under the circumstances?

“It’s a really difficult situation. I’ve got respect for Steve Bruce who’s not going to chuck the towel in.”

Given Bruce did not resign last season, even after it was revealed that 95% of polled supporters wanted him gone, and has repeatedly said he wants to make a success of his time at St James’ Park, it seems incredibly unlikely he ever will.

Reportedly due up to £4m if he were to be sacked, the logic would be to wait it out. That, of course, is a cynical way to look at things and will likely invoke the ire of fans, but it does make sense.

Sadly, the situation will seemingly have to get worse before any change is made.