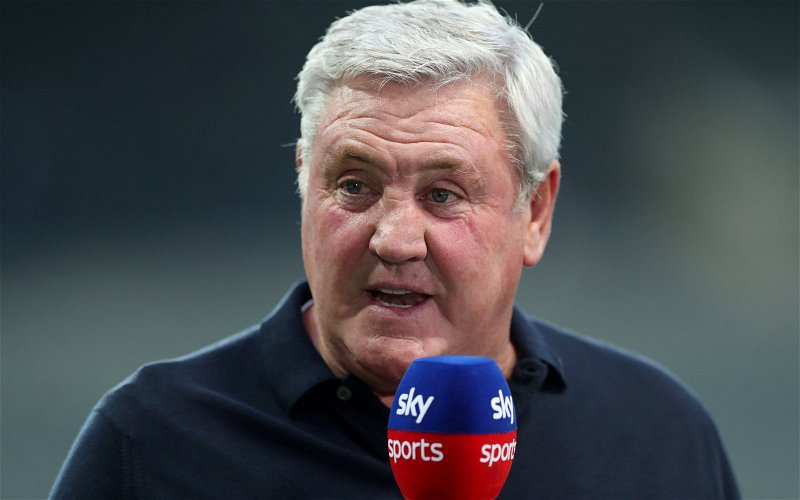 Steve Bruce has reacted to the negativity that has so far defined this season, while speaking to The Chronicle.

As supporters will be more than aware, Newcastle have once again failed to build on momentum.

After finishing the 2020/21 campaign strongly, the club decided to only bring in Joe Willock on a permanent basis this summer, with Mike Ashley refusing to release any extra funds for loan players.

Indeed, the situation looks somewhat comparable to the decision taken in the summer of 2012, when the Sports Direct mogul opted against backing Alan Pardew despite the fact he’d finished fifth and qualified for the Europa League.

All of that, along with general unpopularity of Steve Bruce from the fanbase, has led to a rot, with even Alan Shearer lamenting the club’s current state.

Winless in the Premier League thus far amid reports from The Daily Mail of yet another bust-up behind the scenes, the pressure really is on.

What has Bruce said about the fan reaction?

Speaking after Friday’s draw with Leeds United, Bruce opened up.

“It is very, very difficult – it is the demand of a big club,” he said.

“We are a big club with huge support.

“And there is a frustration and we want Newcastle competing in the top half of the division.

“At the moment we’re not.

“So we have to accept the criticism that comes our way and get on with it, not let it affect you.

“And keep trying to do your job the best you can.”

Is the writing on the wall for Bruce?

Given how the season has gone so far, as well as the reports about what’s going on behind the scenes, it would seem reasonable to assume that any other manager in his position would be feeling the heat from above.

Still, as we’ve seen from Ashley, he refuses to cave into fan pressure. Steve McClaren was kept on for far too long in 2016 while, back in March, Nothing But Newcastle were told the Newcastle owner was reluctant to sack Bruce despite interest in the job from Chris Wilder after an awful loss away at Brighton.