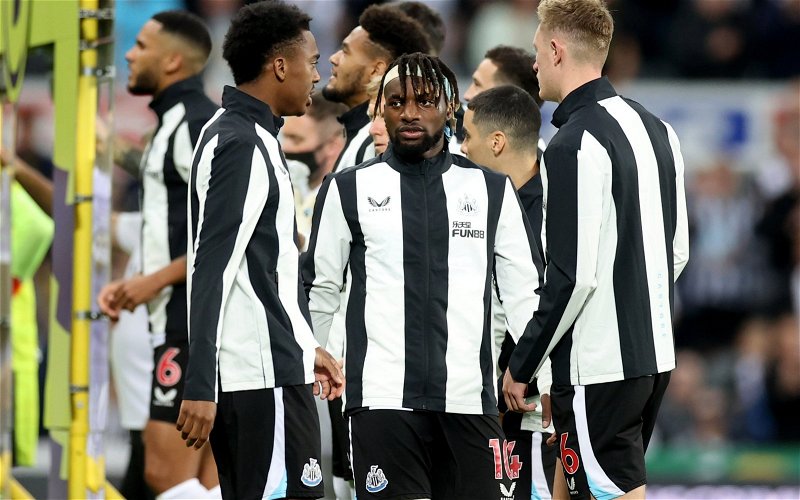 Newcastle United legend Nobby Solano has suggested Steve Bruce must stick with a back five for Saturday’s trip to Watford, while speaking to The Chronicle.

Much has been made about Steve Bruce’s style of play.

Indeed, despite calling for patience so he could get the team playing in his style, it’s still not clear what that is. Lately, the team have been operating in a 5-3-2 system and, while it did prove successful towards the end of last season, the start to the 2021/22 campaign has been miserable.

What did Solano say about the Watford game?

Talking to the publication, Solano suggested Newcastle must look to hit their opposition on the break.

“Newcastle are very comfortable playing away from home because of how they set up,” he said.

“The way Steve Bruce sets the team up I believe it makes it easier.

“Normally the home team is trying to push forward to try to win the game, so playing on the counter suits us.

“It’s five at the back with wing-backs for Newcastle but it’s not an attacking team.

“So Bruce has set the tone playing away.

“Watford will be piling players forward and trying to win the game because they have just been promoted, they’re excited, but it means Newcastle – if they are clever – can try to nick three points by hitting them on the counter.

“The team actually has a lot of pace.

“We know that Allan Saint-Maximin is capable of tearing up defences.

“But they are capable of getting to the middle of the table, or they should be.”

Would that make sense?

Well, though there is a certain logic to it, Newcastle haven’t exactly been defensively sound by using five at the back. In fact, only Norwich City have conceded more often than Bruce’s side, who are already lacking firepower given Callum Wilson’s injury.

Following the draw with Leeds United, Chris Waugh of The Athletic spoke of the improvement the team showed in the second-half after switching to a back four. Interestingly that came after The Daily Mail claimed there were some behind the scenes who felt assistant coach Graeme Jones needed to step in and change the tactics, something Sky Sports’ footage appeared to catch him doing.