News: Pundit suggests ‘no one’ is happy with Steve Bruce at Newcastle United 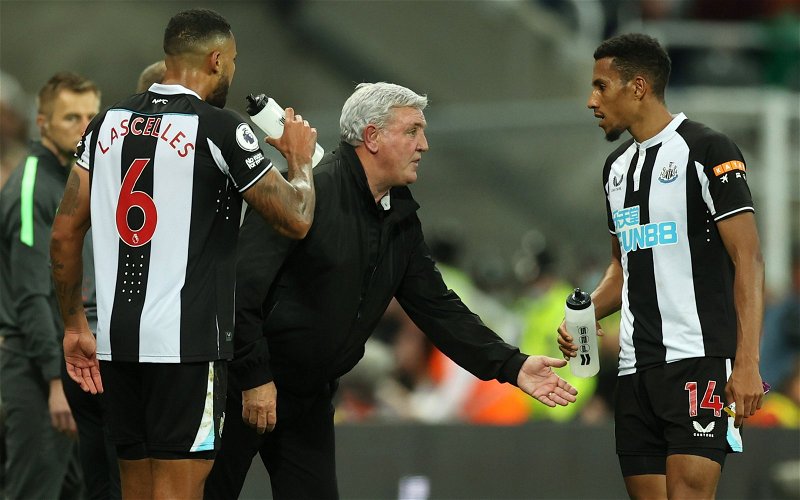 Pundit Noel Whelan has suggested ‘no one’ at Newcastle United is happy with Steve Bruce, while speaking to Football Insider.

For the first time during his 94-game tenure, Bruce appears to be feuding with those above him, with reports from The Athletic recently suggesting he has been frustrated by the lack of backing from decision-makers at St James’ Park.

Indeed, The Daily Mail have also claimed a number of players reacted angrily to his criticism of Isaac Hayden after his performance away at Manchester United, although it must be said that the midfielder was deployed out of position and facing off against Cristiano Ronaldo.

Such talk comes only months after a bust-up between Bruce and Matt Ritchie and, considering how unpopular the 60-year-old already is amongst the fanbase, things look incredibly bleak for him.

What did Noel Whelan say about Steve Bruce?

Talking to the publication about Bruce’s standing, the former Leeds United striker suggested everyone at the club needed to take responsibility for their poor start to the season.

“No one is happy with Steve Bruce by the sounds of it,” he said.

“I think everyone has to take responsibility for results, not just the manager.

“I know that from my time as a player, sometimes the team is at fault. They can take the heat off the manager.

“If a player isn’t doing the basics why blame the manager? Again, it’s something Newcastle didn’t need.

“Especially after everything that came out last season between Matt Ritchie and Bruce last season.

“There just seems to be no continuity between players and staff. It’s very early on in the season too.”

Although the mood music appears to have changed behind the scenes given Bruce’s apparent fallings out with those above him, Newcastle have been here before under both this manager and some of his successors.

Steve McClaren was not sacked until too late in 2016, preventing Rafa Benitez from keeping the team in the Premier League when he was appointed despite a late-season surge. Last time out, Nothing But Newcastle were told that, while former Sheffield United manager Chris Wilder was keen on the prospect of replacing Bruce, Ashley was refusing to cave into fan pressure.

If history tells us anything, it’s that Ashley won’t do what many of the fans are calling for.