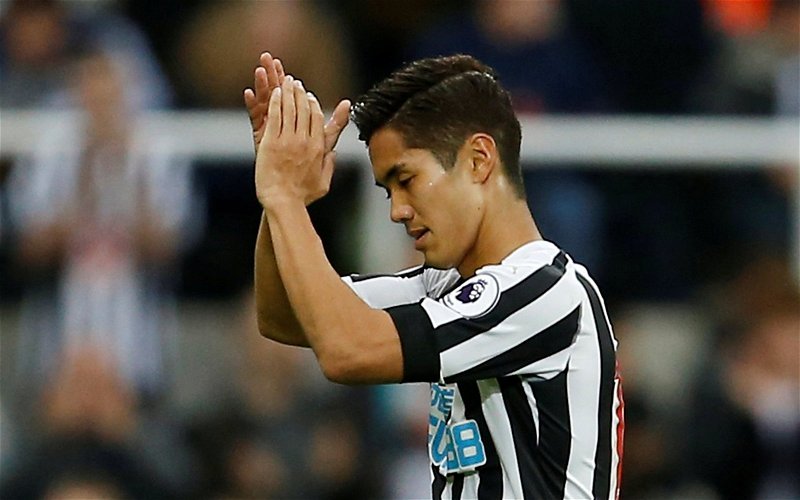 With Yoshinori Muto having finally left Newcastle United, The Chronicle’s Mark Douglas has provided some further insight into the forward’s time at St James’ Park.

Reacting to the official news that the Japanese international had left by mutual consent, Douglas revealed that former manager Rafa Benitez had pushed for his 2018 signing, even at the height of his arguments with the club’s board in regards to the extent of the backing he was getting.

Never sure why #nufc signed Muto. At the height of the Rafa / board wars over transfers but having pushed for him, Benitez never convinced enough to actually play him.

Good luck to him resurrecting career elsewhere but a poor signing from #nufc perspective.

After a deal was finally reached, Benitez then didn’t see enough from Muto in training to ever play him on a consistent basis, making the move seem even stranger. Of all the players to have pushed to sign, that one really didn’t work out.

Just how bad a signing was Muto for Newcastle?

Having only played 28 times – a period that yielded just two goals – it’s clear that Muto was largely a waste of money during a time where the club struggled for firepower.

Interestingly, back in February, Luke Edwards of The Daily Telegraph revealed on Twitter that the club might have actually paid up to £14m to sign him from Mainz, rather than the £9.5m originally reported. Should that be the case, he’d actually be one of the most expensive transfers in Newcastle’s history.

Either way, he proved to be a waste of money and the fact he’s been released from his contract a year early means there’s no chance of recouping any of the investment, although obviously getting his wages off of the books is a slight positive.

What was said about Muto and Newcastle?

Speaking to This Is Futbol in June, Spanish football expert Euan McTear suggested the player had little future on Tyneside after a miserable spell on loan with Eibar last season.

“Towards the end of the season Muto wasn’t even playing for Eibar and they finished bottom of La Liga,” he said.

“Muto managed to score one goal despite the way Eibar played as they basically always had two strikers in the box.

“He managed just one goal so if he couldn’t do it for the team that just finished bottom of La Liga, then I don’t see how he has a future at Newcastle.”