Transfer news: Matty Longstaff will finally be allowed to leave 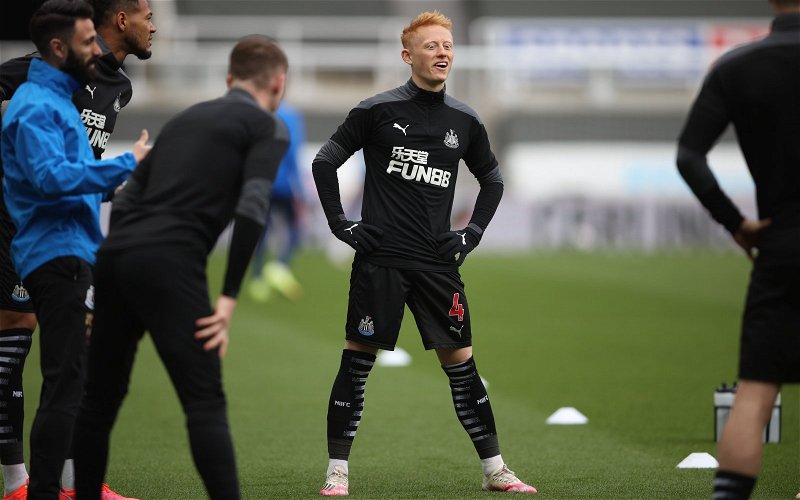 Newcastle United will allow Matty Longstaff to leave the club on loan this summer, according to The Chronicle.

Since signing a new deal at St James’ Park in August 2020, the younger of the Longstaff clan has found game time hard to come by.

Indeed, despite a promising debut season during the 2019/20 campaign, the 21-year-old was limited to just five Premier League appearances last time out and did not even make the bench for Sunday’s opener against West Ham United.

Now, the club have reportedly agreed to let him leave on loan in order to further his development.

Where could Longstaff go?

The England U20 international is thought to have attracted the interest of a number of Scottish Premiership sides earlier this summer in a move that could have followed in the footsteps of his older brother, Sean, who had a brief stint at Kilmarnock in 2017.

However, a move into the Championship is believed to look more likely at this stage with both Sheffield United and Huddersfield Town linked.

What does the future hold for Matty Longstaff?

Out of contract in the summer of 2022, it does look incredibly unlikely he’ll be able to break back into the first-team.

Given how exciting he looked during his breakthrough year at St James’ Park – scoring a memorable winner against Manchester United on his debut – that does seem strange. Still, Joe Willock has now arrived and the club are understood to be looking at signing another option in midfield too, further limiting space for Longstaff.

Should he spend a season out on loan and return towards the end of his contract, it doesn’t seem likely he’d want to commit to fresh terms considering how little he’s played in the last 12 months.

What has Steve Bruce said about Matty Longstaff?

Speaking to The Chronicle in March, manager Steve Bruce stressed he had to pick the best side available to him though did predict big things for the academy graduate.

“I have 15 others champing at the bit.

“Matty at the moment is not in the side but let us not forget he has a big future, there is no question about that.

“He had a big rise last year and finds himself out the team at the minute.

“He has to stick with it, his time will come again that’s for sure.”