News: Jamal Lewis back with a point to prove 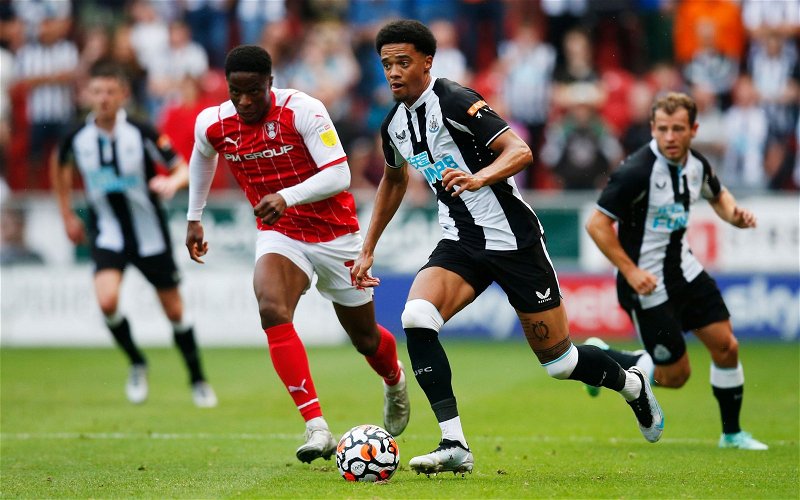 Figures at Newcastle United have been excited about Jamal Lewis’ outlook since returning for pre-season, according to The Athletic.

A £15m signing from Norwich City in September 2020, Lewis is the most expensive defender in the club’s history.

However, he was reduced to only 20 Premier League starts in black and white after a difficult first year on Tyneside and dropped out of the side for the late-season charge up the division, playing only six minutes of the final eleven games.

Criticised by Steve Bruce after Wolves equalised at St James’ Park back in February, Matt Ritchie largely took over his role despite falling out with the manager himself.

Still, the report suggests that – while there was a concern amongst coaching staff as to Lewis’ progress last year – they have been impressed by his return.

How much of a boost is this to Newcastle?

Obviously, it’s hard to spin pretty much anything about the club into something positive at the moment.

However, Newcastle can reasonably expect more from their £15m investment who, let’s not forget, was tracked by Liverpool (then Premier League champions) before moving to Newcastle. If Lewis can get back to the levels he was showing at Norwich, where he averaged 1.2 dribbles, 1.8 tackles and 0.9 interceptions per game (via WhoScored) during their ill-fated season in the top tier, it’d be a marked improvement on what he showed last time out.

If that’s the case, perhaps he could offer something Newcastle simply haven’t had in years: a natural left-back.

What has Bruce said about Lewis?

Speaking to NUFC TV earlier this month, Bruce admitted Lewis had found it hard during his first season but backed him to come good.

“He is a wonderful athlete, the kid”, he said (via The Chronicle).

“It was a big learning curve for him last year and he is only a young boy.”

“Preparation is going to be key and the better it is then the better the player will become.”