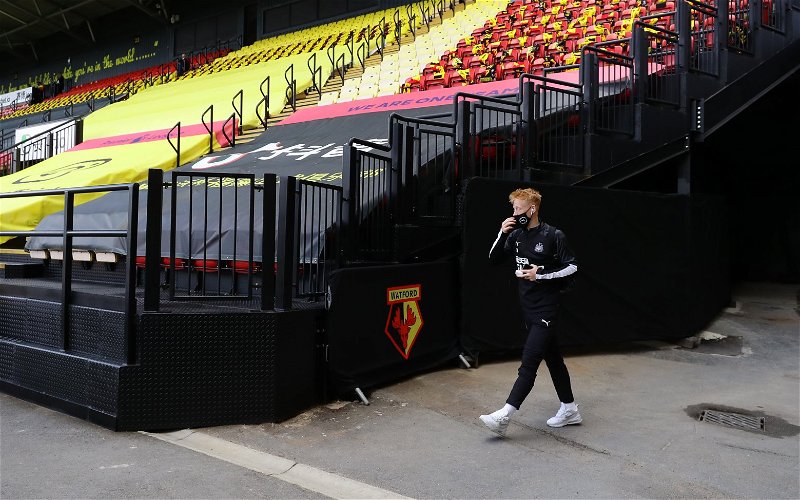 Matty Longstaff could be set for what would be a surprise new deal at Newcastle United, according to The Chronicle.

The younger of the Longstaff brothers has rarely featured since signing a new contract in August 2020, making only 5 appearances in the Premier League last season.

Still, he is understood to be in line for a one-year extension on his current agreement – currently due to expire in the summer of 2022 – before heading out on loan in order to further his development.

Why would Longstaff sign a new contract at Newcastle?

On the face of it, it does seem rather strange.

Indeed, Football Insider revealed in May that the 21-year-old was unhappy with his lack of game time under Steve Bruce and would ask to leave St James’ Park. Following the signing of Joe Willock, competition for places has only increased in the centre of midfield amid links with moves for the likes of Hamza Choudhury.

Still, offering him the chance to spend a season out on loan (as well as a potential pay increase) would help the club protect their asset, allowing them to sell him next summer should he impress elsewhere. As it stands, the England U20 international can talk to foreign clubs in January and he’s previously been linked with Udinese, so ensuring he does not leave for a nominal fee needs to be the priority.

There have been signs of promise but, given how last season went for Bruce, throwing a youngster in at the deep end was not exactly conducive to trying to stay in the division.

What has been said about Matty Longstaff?

Speaking to The Transfer Tavern in July, former England international Carlton Palmer urged the club to consider sending him out on loan.

“He needs to play and develop. But if they can get him out on a season-long loan, that would be great business for the football club,” he said.

“You can’t develop as a young player sat on the bench or in the reserves. It’s not the same as competitive first-team football, that’s when you learn your craft.”