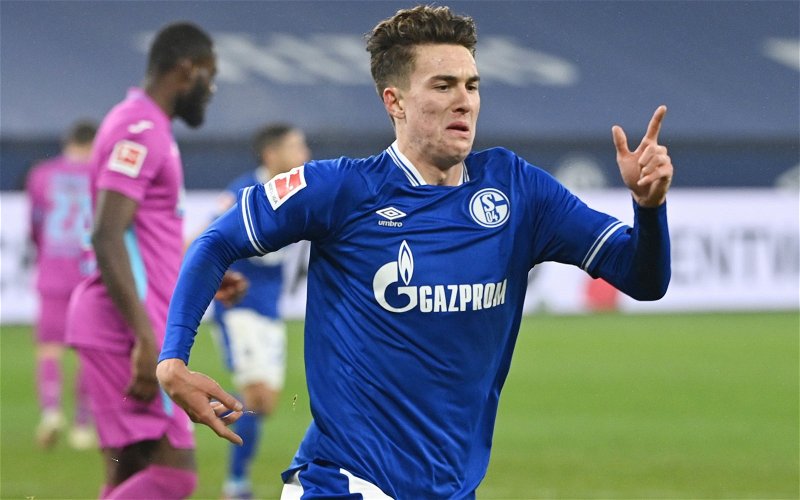 Newcastle United are among the clubs keen on signing young American forward Matthew Hoppe this summer, according to Football Insider.

The 20-year-old is reportedly expected to leave Schalke following their relegation from the Bundesliga last season and the player’s agents are thought to be flying to the UK for talks with a number of interested parties.

Of those, Newcastle are believed to have been joined by Wolverhampton Wanderers and newly-promoted Brentford amid the youngster’s impressive performances of late.

How many goals has Matthew Hoppe scored?

While it was a hugely disappointing campaign for the fallen Germain giants, Hoppe scored an impressive six goals in fifteen league starts last season. Those strikes came against an average of 0.9 shots per game (via WhoScored) and FBREF‘s xG (expected goals rating) would suggest he would have reasonably expected to have scored just over three goals (3.4), indicating an above-average ability to finish his chances.

Clearly, the sample size is relatively small but Hoppe did form part of the USA team who won the Gold Cup earlier this summer, scoring against Jamaica.

What has been said about Matthew Hoppe?

Writing in the LA Times in February, Kevin Baxter revealed that Hoppe had been spotted by Barcelona coaches in Arizona as a youngster and they were impressed by his ‘instincts’, moving from a midfield berth to the striking position he plays in now.

A fully-fledged international to have already scored in one of Europe’s major five leagues at the age of 20, Hoppe would be an exciting addition.

Expecting him to rival Callum Wilson from the get-go would be a touch ambitious but, given the lack of goals in the team outside of the former Bournemouth man, a young understudy could help pad out Steve Bruce’s options.