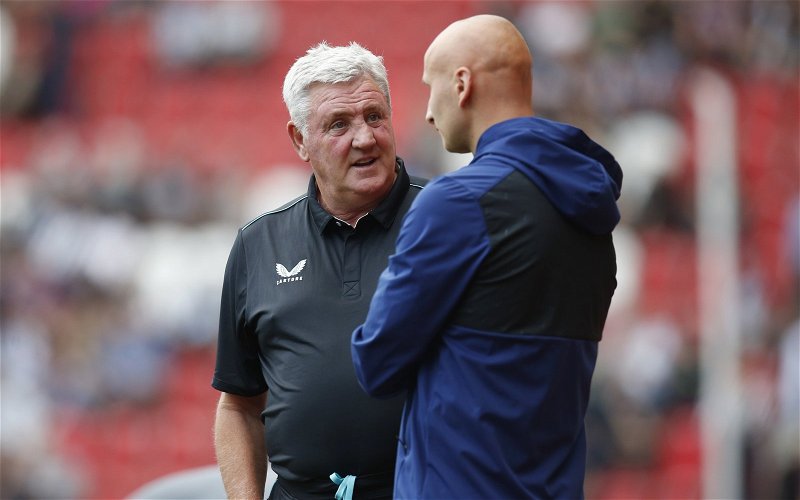 Jonjo Shelvey made his return to pre-season action during yesterday’s loss to Burnley.

During what has been a hugely frustrating summer for the club, the midfielder’s injury has been just one of many problems. Ruled out of the pre-season preparations so far as a result of a calf issue picked up while training alone after the end of last season, the 29-year-old managed a 30-minute cameo in the loss at Turf Moor (via The Shields Gazette).

How much of a boost is this for Steve Bruce?

Given the struggles to bring in new players, Steve Bruce needs his biggest names fit and firing ahead of the season-opener against West Ham United next Sunday.

While Shelvey may very well be a decisive figure amongst the support, there is little doubt he plays a huge role in this Newcastle team when they do play well. Clearly, that’s not always often enough, but the former Liverpool man is often crucial.

Last season, he was the midfielder to have averaged the highest number of key passes per game (1.2, via WhoScored) as well as the second-highest number of shots over the same period (1.4) behind only Callum Wilson. Given there has been little movement on the transfer front – with midfield additions said to be the priority – it is absolutely vital Shelvey is fit and available as soon as possible.

What has been said about Shelvey?

Back in May, Shelvey was criticised by pundit Alan Hutton, who spoke of his frustration when watching the player.

“He’s a difficult one. For fans or for outside people looking in, he can be frustrating to watch at times,” he said (via Football Insider).

“We know the ability he has, he can see a pass, he’s got that in the locker. Even when he was at Liverpool we could see that, when he was breaking through as a youngster. We just want to see it more often.”