Transfer news: Emil Krafth could be sold this summer 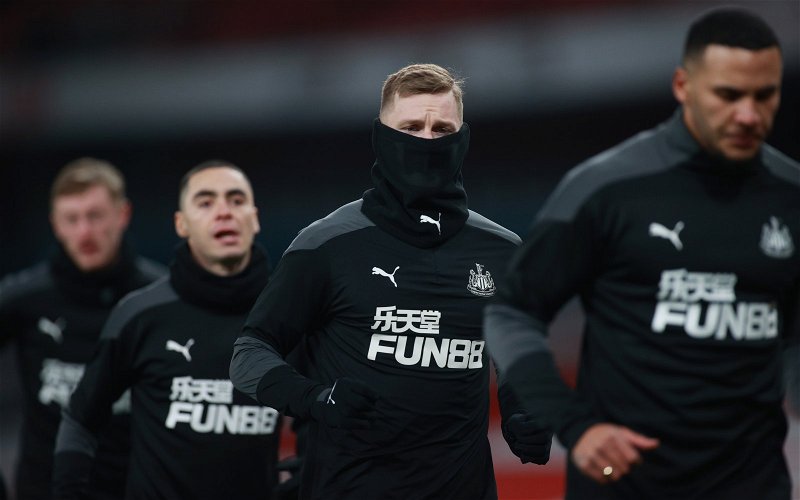 Newcastle United could look to move Emil Krath on this summer, according to The Sun’s Alan Nixon.

The Swedish international could be one of the players the club look to replace during the transfer window after a mixed time of things at St James’ Park. A £5m signing from Amiens in the summer of 2019, the 26-year-old has only made 40 appearances in black and white since, starting only 25 times in the Premier League over the last two seasons.

If a suitable offer arrives, it’d certainly be tempting.

Krafth only has two years to run on his contract (one that is believed to see him earn in the region of £57k-per-week via Spotrac) making this summer the last time Newcastle can realistically hope to command a reasonable fee for him.

Of Newcastle’s defenders, he averages fewer tackles per game (1.2, via WhoScored) than Javier Manquillo at right-back and the Spaniard has proven better at dealing with players dribbling against him, having only been beaten 0.5 times per game in comparison to Krafth’s 0.8.

In terms of the options centrally, Federico Fernandez, Jamaal Lascelles, Fabian Schar and Ciaran Clark all average more blocks over the same period as well as more clearances.

While part of Krath’s appeal is that he can offer versatility at either right-back or in central defence, his defensive output does look weaker than his teammates in both positions. Criticised at times by the likes of Lee Ryder, he was linked with a move to İstanbul Başakşehir back in January.

What has Steve Bruce said about Krafth?

Speaking in May after a dramatic 4-3 loss to Manchester City, manager Steve Bruce talked up the Sweden international.

“The beauty of him is the versatility, so he can do it,” he said (via The Shields Gazette).

“He’s done it, and he does it comfortably. Great to see him score a goal. I think he’s adapted to us.

“What he does give that position is pace in that area, which is important when you’re outside of a centre-back. I’m pleased with the versatility. He’s a great pro. He’ll never, ever let you down, so I’m pleased for him that he’s got his first goal in England.”
Give us feedback