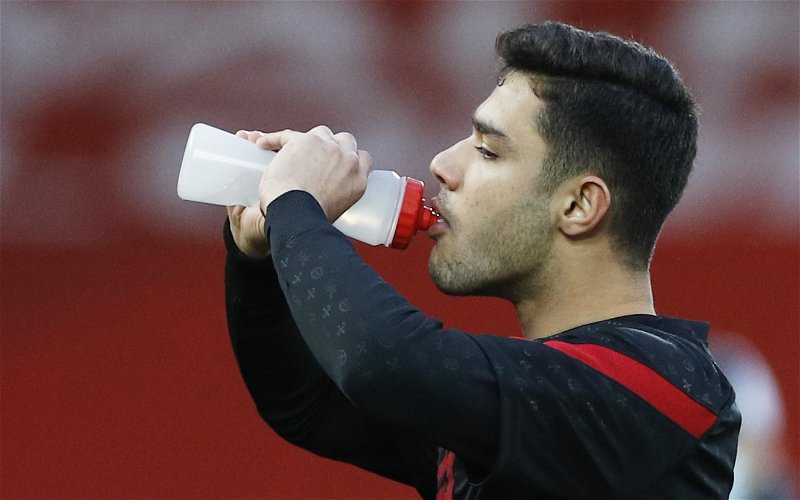 Ozan Kabak is admired by Newcastle United but he could prove too expensive, according to The Athletic.

Manager Steve Bruce is understood to be keen to strengthen his options in central defence despite having a number of players already on the books.

Jamaal Lascelles, Ciaran Clark, Fabian Schar, Florian Lejeune and Federico Fernandez have previously been described as a ‘much of muchness’ and, frankly, it’s hard to argue any of those are blessed with pace. With that in mind, perhaps that’s why Bruce is keen to bring in a new face.

Kabak – who joined Liverpool on loan towards the end of the January transfer window – had been linked with a move to St James’ Park but, unsurprisingly, it is reportedly unlikely that Newcastle will be able to afford him.

Would Kabak have been a good signing?

Although his Premier League career didn’t exactly start well following a mistake against Leicester City, the Turkish international did largely prove his quality.

Indeed, Kabak averaged the second-highest number of tackles per game (2.1, via WhoScored) for Jurgen Klopp’s side, as well as the fourth-highest number of interceptions (1.3). Only two players contributed more clearances over the same period (3) and all of those averages would see him rank second, fourth and fifth in the Newcastle squad last season.

Noted for his recovery pace, it seems fair to suggest Kabak would have been a solid signing. Sadly, Newcastle’s restricted budget this summer looks as if it’ll hold the club (once again) and the recruitment team will have to be more creative when it comes to looking for reinforcements.

What did Jurgen Klopp say about Ozan Kabak?

“I think that his (Kabak’s) attitude was good,” he said (via The Liverpool Echo).

“I’m very happy with his performance. And Hendo, he can play this position perfectly.

“It’s not that Leipzig didn’t have a chance, Ali had to intervene also, but that’s normal.

“Overall I can say that, the whole package, I’m very pleased with the performance.”