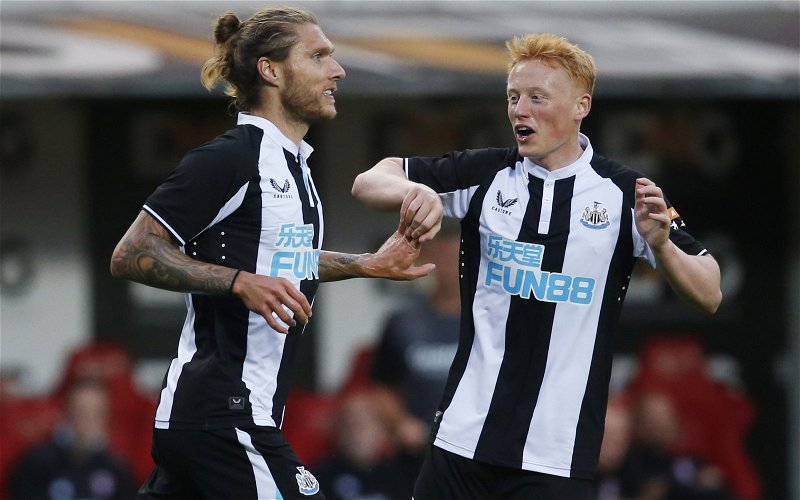 Even when Jeff Hendrick arrived on a free transfer from Burnley last summer, there were figures close to the deal who doubted his quality, according to The Athletic.

Across 17 Premier League starts, the Republic of Ireland international scored two goals and registered one assist which, in a Newcastle context, isn’t exactly an awful return. Still, according to WhoScored data, his average of 0.4 tackles, 0.9 interceptions and 0.3 key passes per game were some of the lowest in his recorded career.

Heavily criticised by Steve Howey following a reckless dismissal against Southampton that almost cost his team a vital three points, the 29-year-old barely covered himself in glory.

Was it all his fault?

Hardly the most inspiring signing of all time, there are of course mitigating circumstances.

What’s clear about Burnley is how well-drilled they are under Sean Dyche. A team who constantly look greater than the sum of their parts, whether or not he enjoys the same level of organisation at St James’ Park is certainly up for debate, given there have been doubts about Steve Bruce’s coaching.

What has been said about Hendrick at Newcastle?

“Jeff Hendrick has been workmanlike at best since joining Newcastle this past summer,” he said.

“He was always going to be that type of player. He was that type of player at Burnley and the Republic of Ireland. He’s an honest player, gives everything. Are we looking to him to make defence splitting passes like Grealish or Maddison? That’s not his game. He’s very similar to the midfield players we’ve got so it has been a difficult period for him.”