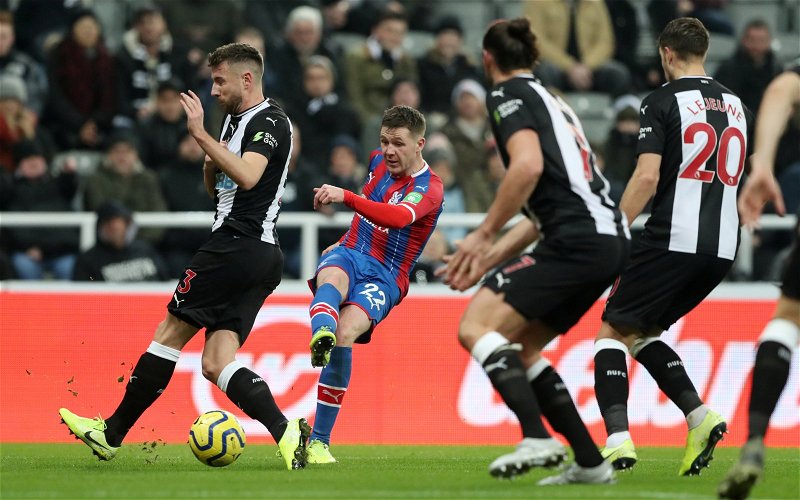 Graeme Jones is a huge of James McCarthy and could instruct Newcastle United to make a move for the midfielder, Nothing But Newcastle can exclusively reveal.

The Republic of Ireland international is a free agent after leaving Crystal Palace and was close to joining Celtic prior to their failure to appoint Eddie Howe.

Sources close to the situation have spoken of how Jones is urging figures behind the scenes to make a move for the 30-year-old who, while slightly older than the profile of player the club tend to sign, could appeal due to the fact he’s available for free.

Would McCarthy be a good signing for Newcastle?

Considering most of Newcastle’s business looks to be around strengthening the midfield this summer after a chronic lack of investment over the years, bringing in a player with a wealth of Premier League experience could be a good idea.

While McCarthy’s potential arrival would not be quite as exciting as a move for someone like Joe Willock would be, the former Everton midfielder could pad out an area of the squad lacking options.

With Mario Lemina having joined Nice despite interest on Tyneside, McCarthy could be a cheaper alternative should the club be willing to offer a player over 30 a suitable contract.

Who else have Newcastle been linked with?

The Athletic recently raised names such as Hamza Choudhury, Conor Gallagher and Jens Cajuste as more defensive options to compete with Isaac Hayden at the base of midfield, while the likes of Willock and Ross Barkley have been linked as more expansive potential additions.