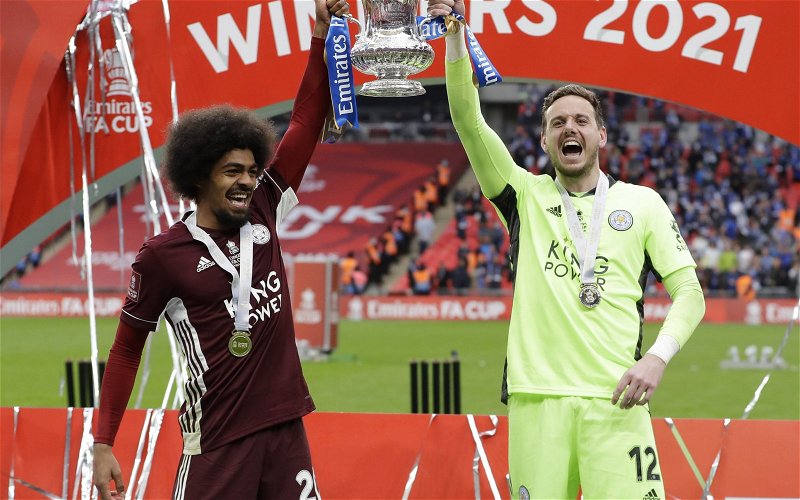 Newcastle United are set to open talks with Leicester City over a potential move for midfielder Hamza Choudhury, according to journalist Pedro Almeida.

The journalist claimed on Twitter yesterday that those at St James’ Park were prepared to offer a proposal of around €10m (roughly £8.5m) for the midfielder as they look to step up what has been a painfully (yet somewhat typically) slow recruitment drive ahead of the new season.

Would Choudhury be a good signing for Newcastle?

A move for the 23-year-old would certainly make sense.

Indeed, he was thought to have been of interest back in the January transfer window before the club opted to make Joe Willock their headline arrival and the middle of the park has been an area which has suffered a chronic lack of investment over the years.

Not since Mikel Merino in 2017 have the club spent money in that area and, according to The Athletic, manager Steve Bruce is keen to refresh his options. Reportedly looking for a ‘destroyer’, Choudhury’s defensive attributes could help offer Isaac Hayden some cover and competition in midfield.

While his lack of regular game time is likely to skew his averages somewhat, the England U21 international ranked with Europe’s top 66 percentile of midfielders for tackles per game over the past year (2.5, via FBREF) as well as the top 62% for interceptions (1.43) and the leading 98% for blocks (2.5).

What has been said about Choudhury?

“He’s a key member of this England squad because there’s no one else in this squad like Hamza Choudhury,” he said on Sky Sports (via the Leicester Mercury).

“For all the quality players you have going forward, Maddison, Foden, Mason Mount, for all your attacking, creative midfield players, you need players that are going to win the ball back for you and give it to those higher up the pitch.

“He’s been absolutely outstanding at this all season, he’s someone who I first really enjoyed watching at Burton on loan and I didn’t know if he was going to break into Leicester’s team but credit to Claude Peul, credit Brendan Rodgers, I love seeing young players get chances and he is so important to this England team because they have nobody else there to win the ball back.”

“You look at Manchester City when Fernandinho is out of the team, they’re not the same team. Those ball-winning midfield players who can dictate the ball and make passes into forward areas are crucial. Choudhury has that role.”