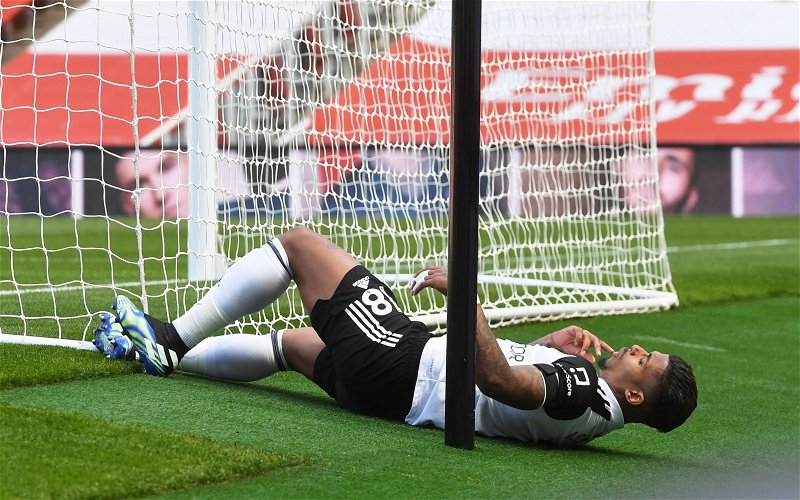 Newcastle United are looking to revive their interest in signing Mario Lemina, according to The Daily Mail.

The midfielder had been touted as a potential cut-price option for Steve Bruce this summer after returning to Southampton following a spell on loan with relegated Fulham. Still, there were also suggestions that Mike Ashley was reluctant to spend £4m on the 27-year-old, causing a complication.

Now, talks are believed to have been resumed after voices behind the scenes moved to convince the Sports Direct mogul that the Gabon international would be worth it.

Would Lemina be worth £4m?

Based on his exploits with Fulham, you’d have to say so.

Clearly, things haven’t worked out for him at Southampton but, last season, he ranked within the top 90 percentile of midfielders across Europe’s major five leagues for tackles per game (3.92, via FBREF) and in the top 96% for interceptions. Given the middle of the park has often been accused of lacking dynamism at St James’ Park after a chronic lack of investment, Lemina certainly seems like someone who could come in to add an extra thrust.

With Isaac Hayden largely being Newcastle’s only truly defensive option in midfield, signing Lemina could be a good way of further padding out Steve Bruce’s squad. Considering the truly terrible run of form the club went on during an injury crisis last season, that has to be a priority.

What have the pundits said about Lemina and Newcastle?

Speaking to This Is Futbol recently, former England international Carlton Palmer backed the idea of a move.

“Four million is a snip at the moment if that’s the asking price,” he said.

“I don’t think Ashley would be baulking at that.”