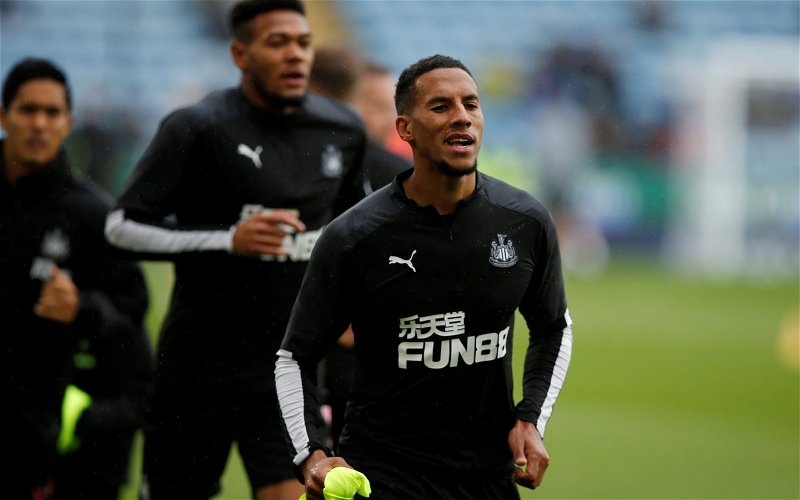 Southampton are in talks with Newcastle United over the idea of swapping Isaac Hayden for Mario Lemina.

The Daily Mail claims the Hampshire club are keen on bringing the midfielder south and could be willing to include Lemina as part of the deal.

Newcastle are thought to value Hayden at £12m while Lemina is understood to carry a £4m price tag, although a recent report from the same publication suggested owner Mike Ashley was reluctant to pay any kind of fee for a 27-year-old.

How does Hayden compare to Lemina?

Indeed, according to FBREF data, Lemina actually averaged more tackles won per game than the former Arsenal youngster while on loan at Fulham last season (1.90 to 1.57) and only marginally trailed Hayden’s output for interceptions over the same period (2.28 to 2.13).

Obviously, that does not guarantee Lemina would be a success at St James’ Park and, perhaps in an ideal world, midfield reinforcement would be brought in to strengthen what Steve Bruce already has, rather than at the expense of it. Still, given the financial difficultly the club look to be operating in this summer, that just doesn’t seem feasible.

What has Hayden said about staying at Newcastle?

What makes this rumour so jarring is that Hayden does appear to be happy at the club again. Back in the summer of 2019, the 26-year-old revealed he wanted to leave St James’ Park in order to return closer to home but has since signed a new six-year deal at the club.

Posting on Instagram recently to celebrate five years as a Toon player, Hayden talked of how excited he was for the future.

“What a journey it’s been, wouldn’t have changed it for the world. Looking forward to the season ahead.”