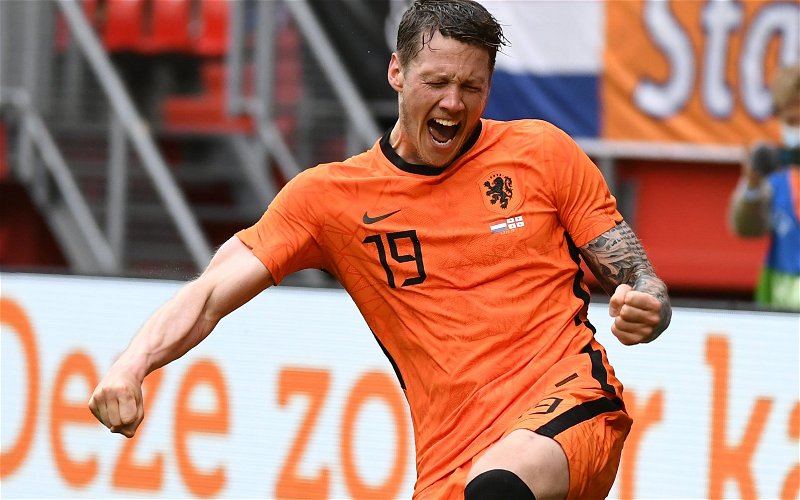 In reaction to the publication’s deep-dive into some of the best players to look out for at this summer’s delayed European Championships, in which the news initially broke, Waugh revealed the club were indeed keeping tabs on the 28-year-old.

However, as always seems to be the case with the club under the current ownership, Waugh also suggested the finances involved in any potential move for the Dutchman made a deal highly unlikely.

Who is Wout Weghorst?

Weghorst is a towering Dutch international who moved to the Bundesliga in 2018 after starring for AZ Alkmaar in his homeland.

At 6’4, he’s an imposing figure, though only won 2.8 aerial duels per game (via WhoScored) in the season just gone. While certainly impressive, it’s fewer than Andy Carroll managed, albeit Weghorst’s 20 goals and 8 assists from 2.7 shots and 1.3 key passes per game would suggest he’s more prolific.

So, despite his physical frame, Weghorst looks like far more than just a battering ram and someone capable of helping Callum Wilson score the goals to improve on what was a hugely disappointing campaign for Newcastle.

Since moving to Germany three years ago, he’s scored over 15 times in one of Europe’s top five major leagues in every season he’s played. Capable of holding the ball up (averaging at least 6 passes per game while being pressed during his time at Wolfsburg, via FBREF) while proving prolific, it doesn’t take a genius to suggest he’d improve Steve Bruce’s Newcastle.

Still, Weghorst is currently valued at £27m by Transfermarkt and still has just over two years to run on his contract with his current club. Amid Newcastle’s likely financial problems outside of a takeover, paying that sort of fee just doesn’t look realistic at the moment.