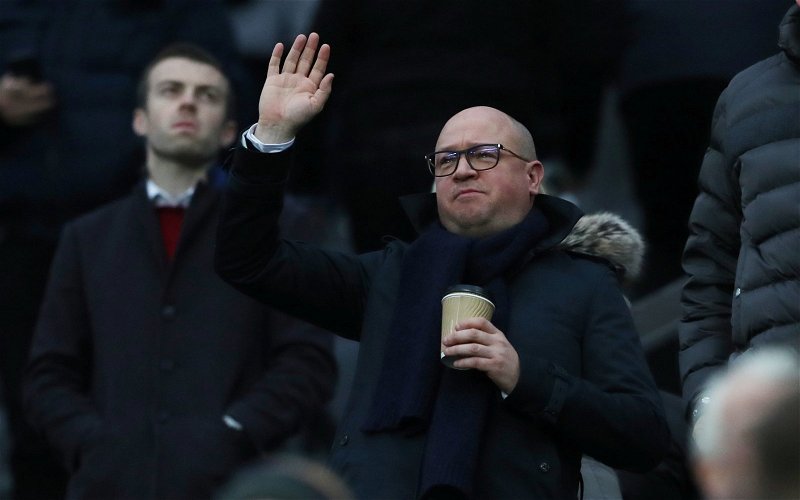 The Athletic have shared some further insight into Lee Charnley’s role behind the scenes at Newcastle United.

With Charnley having been a prominent figure in the Mike Ashley regime, it’d be fair to say he’s attracted his fair share of criticism from sections of the support over the years.

Given Ashley isn’t exactly renowned for spending money either, it’s tempting to think of him as merely the Sports Direct mogul’s henchman, someone who largely carries the can as Ashley makes his often unpopular decisions away from St James’ Park and the club’s training Benton training ground.

However, a rival executive to have worked at another club during Charnley’s time at Newcastle has suggested he actually has more power than that.

“I don’t think Lee has to report back to Mike,” they are quoted as saying.

Has Lee Charnley got everything wrong?

Considering just how unpopular the current regime are, it’d be easy to think that.

Still, Charnley was involved in the process to bring (and then keep) Rafa Benitez to the club in March 2016 which, while a decision made far too late as Newcastle slid deeper and deeper into the relegation battle, was ultimately an ambitious and successful move. Elsewhere, Steve Bruce praised him for his working in getting a deal for Callum Wilson over the line.

As logical as that transfer looks now, it was still a £20m outlay on a player approaching 30 with a concerning injury record.

Clearly, those decisions alone don’t make up for the fact Newcastle have decayed into what Alan Shearer has described as a ‘hollow shell’ but it’s certainly interesting to hear about Charnley’s life behind the scenes.