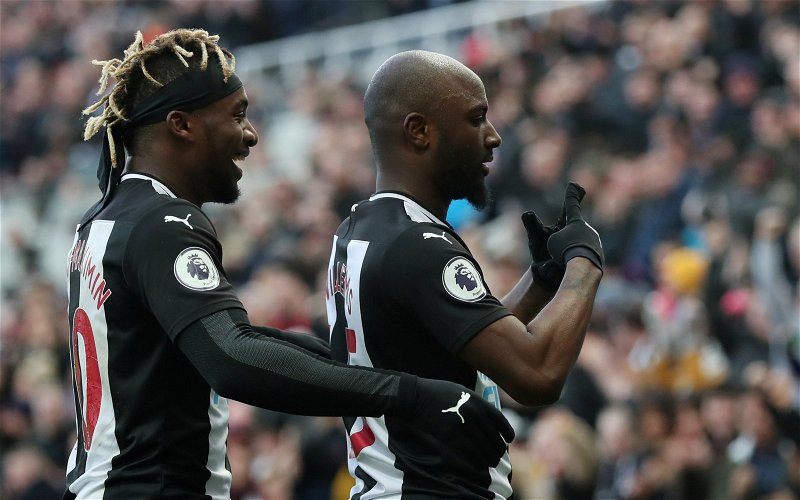 Jetro Willems has opened up on Allan Saint-Maximin’s strengths and weaknesses.

Speaking to The Chronicle, the Dutchman – who played alongside the French winger on 12 occasions during his short loan spell in the 2019/20 campaign – revealed what it’s like to play with Saint-Maximin.

“I know his strengths, he knows mine,” he said.

“His defending is not so good so I was always told him: ‘If you do your job 100%, I will do mine!’ I will play the ball to you, you dribble, go past them and if you’re stuck, play the ball back to me.”

Widely regarded as Newcastle’s hero given his return from injury coincided with the impressive run of form which ultimately helped keep Steve Bruce’s side in the Premier League in the season just gone, the former Nice and Monaco star has consistently called for the club to continue to invest of late.

What’s the latest on Jetro Willems?

Despite coming to the end of his contract with Eintracht Frankfurt, it appears as if Willems won’t be making a return to St James’ Park.

Although Football Insider recently claimed members of the first-team were keen to see the 27-year-old brought back, Bruce isn’t believed to be prioritising the signing of a new left-back this summer. Indeed, the likes of Matt Ritchie, Jamal Lewis and Paul Dummett can all operate there.

Clearly, Willems impressed during his short stint in black and white.

During his 19 games on Tyneside, he averaged the most tackles per game (1.9, via WhoScored) and his four goal contributions were impressive when you consider Jonjo Shelvey lead the way with eight involvements across a whole season. Still, there is absolutely no guarantee Willems has recovered from his serious knee injury that ended his initial loan spell in January 2020 having not played since and, frankly, Newcastle don’t look as if they’re in a financial position to start handing out contracts to potential risks.