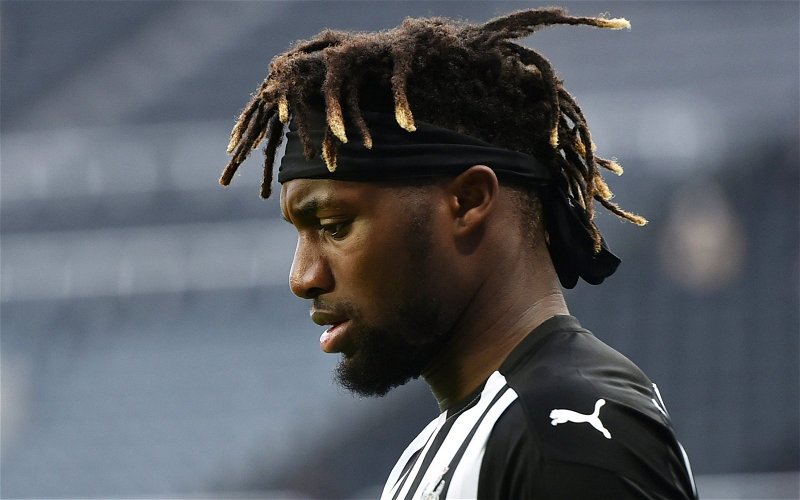 Newcastle United have slapped a £60m price tag on Allan Saint-Maximin this summer, according to a report on the print edition of The Sunday Mirror, page 78.

Saint-Maximin has called on the club to continue to invest and move to bring loan star Joe Willock to St James’ Park on a permanent basis, amid links with a move to Jose Mourinho’s AS Roma.

In order to combat potential interest, the report claims those behind the scenes have valued the 24-year-old at £60m.

How long does Saint-Maximin have left on his contract?

While interest will surely be unwelcome given the Frenchman’s importance to the club, Newcastle certainly are in a strong position when it comes to any potential negotiations.

Indeed, Saint-Maximin still has over five years to run on his contract having signed a new deal back in October which is believed to have put him amongst the club’s top earners.

How many assists has Saint-Maximin got for Newcastle?

Although seven goals and twelve assists in 56 games for the club is a respectable enough record, it doesn’t tell the whole story.

Since moving from Nice for around £16.5m in August 2019, Saint-Maximin has been vital to the way Steve Bruce’s team set up. In the 24 Premier League games he’s missed over the past two seasons, Newcastle have only won three times.

According to FBREF data, he produced the most goal-creating actions per game (0.58) during the 2020/21 campaign as well as the most of any Newcastle player to have featured in more than ten games (0.48) the season before that.

What has Saint-Maximin said about his future?

Speaking to Sky Sports in May, Saint-Maximin did admit he wanted to play for a club who had ambitions higher than simply staying in the Premier League.

“I had always said Newcastle should not be fighting against relegation every year. We have to fight for the top 10, it’s what the supporters deserve,” he said.