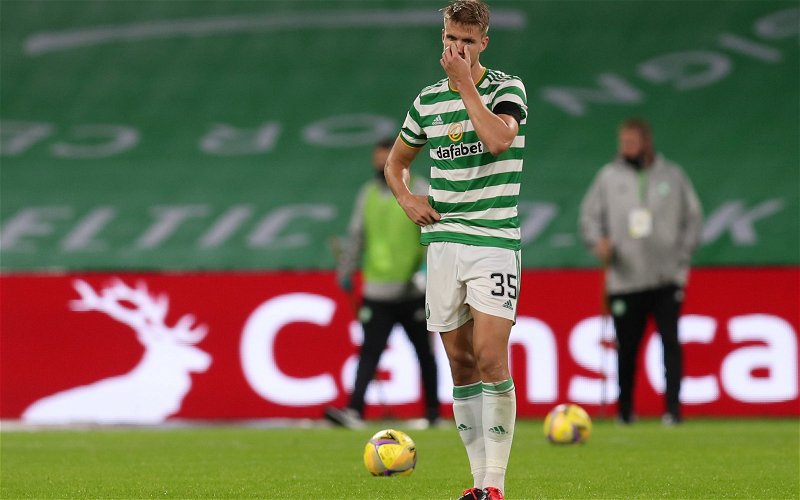 Norwich City are now stepping up their attempts to sign Celtic’s Kristoffer Ajer, according to The Sun.

Nothing But Newcastle have previously been told that the Norwegian centre-back is the club’s main target heading into the summer transfer window and, given his contract is due to expire in the summer of 2022, he could be available reasonably cheaply.

Steve Bruce is said to be eager to strengthen his options at the back, particularly with Federico Fernandez’s future unclear, and will likely only have a limited budget to work on over the next few months outside of potential player sales.

While Ajer remains a target, the report suggests newly-promoted Norwich are eager to bring him to Carrow Road and could soon test Celtic’s resolve with a bid.

Would Ajer be a good signing for Newcastle United?

Although there may have been some doubts as to the quality of the Scottish Premiership a number of years ago, the success stories to have come across the border into the Premier League over the last few seasons should surely allay fears. Indeed, the likes of John McGinn, Andy Robertson and Virgil van Dijk are now some of the leading players in the division after making moves from Scottish teams.

Last season, Ajer averaged 1.3 tackles, 1.4 interceptions and 3.4 clearances per game (via WhoScored), which would see him rank first, second and fifth amongst Bruce’s central defensive options. Granted, translating that across counties and playing styles isn’t an exact science but, given he could be available relatively cheaply and is only 23, the risk does look reasonably minimal.

What’s been said about Ajer?

“I think Newcastle are a top team, they’re a massive club,” he said.

“Yes, they’re not doing well at the moment but I really believe that any player that’s playing in Scotland and gets the opportunity to move to England and play in one of the best leagues in the world, any of those teams are top teams.

“Personally I think it’s a good move. I think they’re a great, big team. Yes, they’re going to allow a bad spell but we always knew that Ajer would be desperate to leave, that was my opinion.”