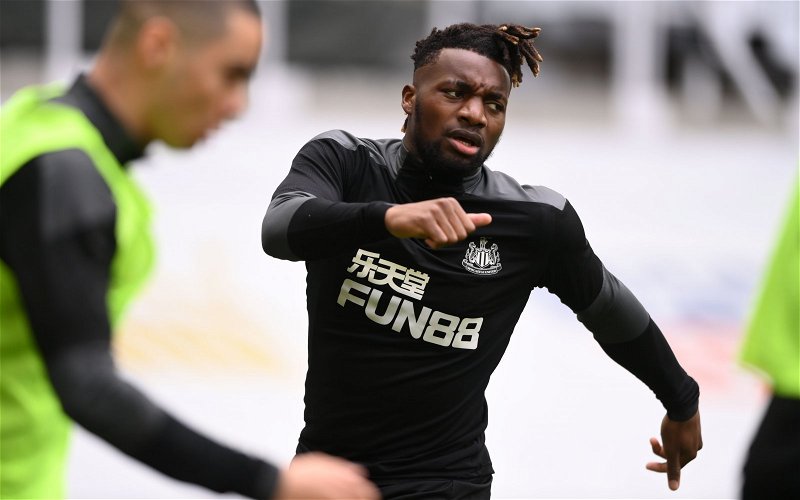 Newcastle United value Allan Saint-Maximin at £70m and, as a result, are likely to price the winger out of a move away this summer.

According to The Daily Mail, Steve Bruce only has a budget of around £12m and raising money through player sales looks the only genuine way of improving on it.

Naturally, Saint-Maximin is seen as the club’s prized sellable asset and has been linked with the likes of AS Roma after another successful season on an individual basis. However, given he has a contract running until the summer of 2026, Newcastle are in a strong position to demand top dollar should any club wish to try and make an offer.

How well has Saint-Maximin played this season?

Three goals and five assists over the course of 25 Premier League games simply do not tell the whole story.

During the 13 games he missed this season, Bruce’s side only won twice and – even last season – they managed to win only once in the 11 games he was forced to sit out of.

Only Ryan Fraser averaged more key passes per game for Newcastle during the 2020/21 season (via FBREF) and no one contributed more goal-creating actions over the same period (0.58).

As a result, it wouldn’t exactly be surprising to imagine teams being interested in the player, particularly given Newcastle’s rather mediocre standing in the pyramid at the moment.

What has Saint-Maximin said about his future?

Talking to Sky Sports recently, the former Nice winger did suggest he would like his current employers to start showing more ambition.

“But before I signed it, I had always said Newcastle should not be fighting against relegation every year. We have to fight for the top 10, it’s what the supporters deserve,” he said.