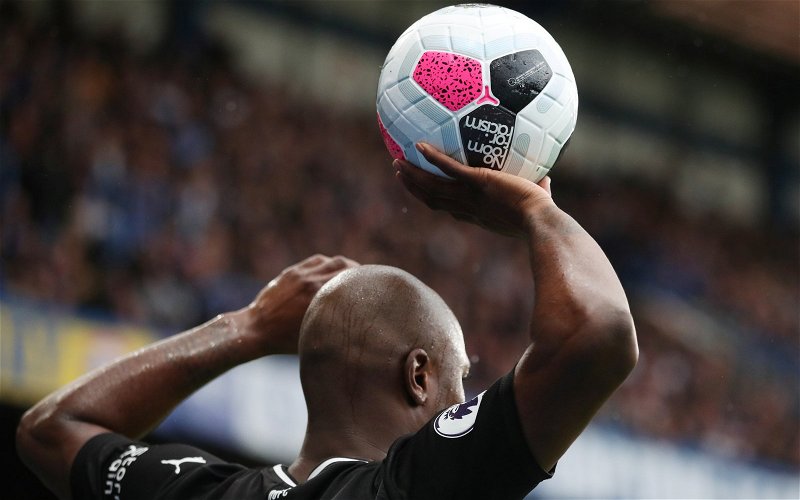 A number of Newcastle United players have urged the club to re-sign Jetro Willems this summer, according to Football Insider.

Manager Steve Bruce is believed to want to sign a new left-back this summer but will likely be limited in terms of transfer budget.

With that in mind, senior players have reportedly been telling the club to make a move to bring Willems back following the expiration of his contract at Eintracht Frankfurt. Indeed, he’s believed to be in contact with a number of Newcastle stars having enjoyed a positive, albeit brief, loan spell last season before he suffered a long-term knee injury against Chelsea.

Given his status as a free agent, you can certainly see the appeal.

Frankly, it is entirely dependant on how he’s recovered from his injury.

Willems simply hasn’t played since damaging his cruciate ligaments in January 2020 so it’s hard to say what level he’d be able to play at. Obviously, the fact a transfer fee wouldn’t be needed does lower the risk somewhat but the club aren’t exactly in much of a position to be handing out big contracts for players who cannot contribute effectively.

That’s not to say Willems hasn’t proven to be a good player. In fact, last season, he scored twice and registered as many assists in 19 Premier League games and his 1.1 dribbles per game (via WhoScored) were only bettered by Allan Saint-Maximin and Miguel Almiron. Defensively, he was reasonably sound too, averaging 1.9 tackles, the most in the entire squad.

Clearly, this is a man who has proven he can play in this Newcastle team, there’s little doubt about that and a free transfer to act as cover and competition for Jamal Lewis does make sense. Still, caution must be applied, Newcastle can’t just sign Willems because he’s cheap. They have to know he’s fully recovered.

What has Steve Bruce said about Jetro Willems?

Back in January 2020, Bruce did admit Willems still had a good chance of earning a permanent move even despite his injury, though that clearly didn’t happen.

“We’ll see how he gets on and revisit it,” he said via The Northern Echo.

“There’s a likelihood he might come back, but we’ll have to see where he is. If they operate in the next week, I’d have thought that would probably bring him back into pre-season, so we’ll see how his recovery is and where we go from there.”