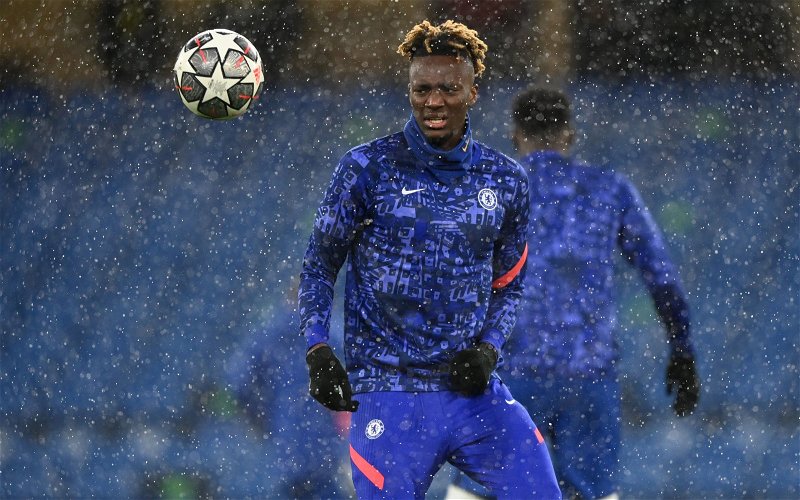 England striker Tammy Abraham has been discussed as a potential target for Newcastle United this summer.

According to The Athletic, the Magpies have been interested in the Chelsea forward who those at Stamford Bridge value at £40m, which would be too expensive.

Despite only playing seven times in the twenty-five games Thomas Tuchel has had in charge of the London club, the 23-year-old looks way out of Newcastle’s price range.

Has Abraham been linked to Newcastle before?

Back in the summer of 2017, former manager Rafa Benitez is believed to have taken time out of his wedding anniversary celebrations in order to convince Abraham to join Newcastle on loan with a deal reportedly (via The Daily Mail) agreed. However, apparent hesitation over the agent fees involved blocked the deal and allowed Swansea City to pip them to the post, causing yet more tension between Benitez and the Newcastle board.

Would Abraham be a good signing?

It doesn’t exactly take much of genius to suggest a player who scored 15 Premier League goals for Chelsea last season would help Newcastle on an attacking front though, at £40m, a deal was surely never considered to be a realistic possibility. As pleasing as it would be to see the club actually strengthen the squad and make an ambitious move to provide Callum Wilson with some cover and competition in equal measure, that sadly isn’t the kind of club Newcastle are at the moment.

Under this ownership, it isn’t hard to imagine decision-makers on Tyneside feeling Wilson is enough to secure Premier League survival with the likes of Dwight Gayle and Joelinton able to step in when needs must. In a strange way, perhaps they’ve been vindicated in that kind of thinking this season, though the idea that the ambition ends there is of course hugely frustrating.