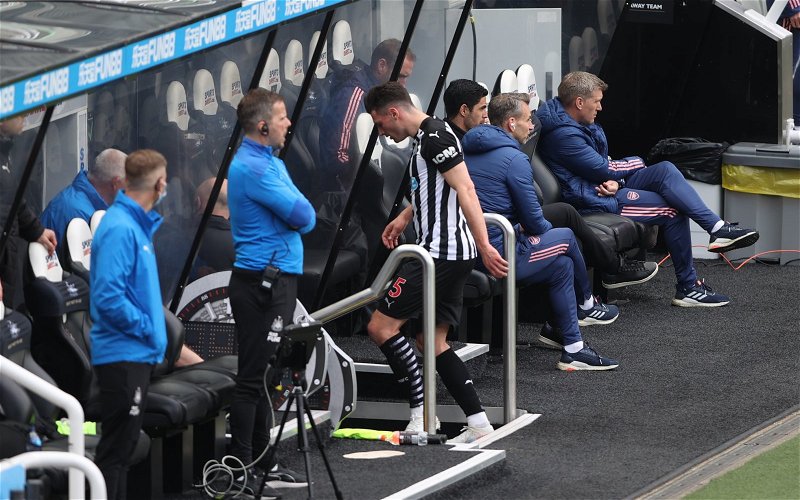 Newcastle United are keen to ensure Fabian Schar extends his contract with the club before this summer’s delayed European Championships, according to The Chronicle‘s live blog (10:19.)

When does Schar’s contract expire?

The 29-year-old’s deal was said to be expiring this summer by The Shields Gazette back in November 2020 though the club are understood to have a clause where they can invoke another year should they choose. While The Chronicle admit it’s unclear as to whether or not the player can reject that, he hasn’t always had the best time of it on Tyneside.

Indeed, back in July, The Athletic revealed that former manager Rafa Benitez – the man who brought him to St. James’ Park in 2018 – had doubts about his ability to play in a two-man defence and they were reportedly shared by Steve Bruce. Though he has largely featured when fit this season, the Switzerland international was dropped prior to the suspension of the Premier League last year and only featured in four of the final nine games when the campaign kicked back off.

Should Newcastle extend his deal?

Still, he has looked impressive this season. In fact, as per WhoScored data, only Isaac Hayden has bettered his 1.6 interceptions per game while his 2.9 clearances over the same period see him rank within their top five players. Of Newcastle’s current central defenders, no one averages as many dribbles (0.4) or long balls (3.6) per game than Schar so, while not necessarily the most important defensive metrics in the world, it would appear as if he can offer something different.

With that in mind, it would be worth extending his deal (which SpotRac claim is worth in the region of £40k-per-week). Capable of bringing the ball out defence and chip in with the occasional goal (as we’ve seen against the likes of Cardiff City and Burnley over the course of his Newcastle career), Schar is an interesting foil to the club’s more orthodox central defenders, especially in a back three.

Given that tactic has been deployed 15 times in the Premier League this season, he would appear to have a natural place.