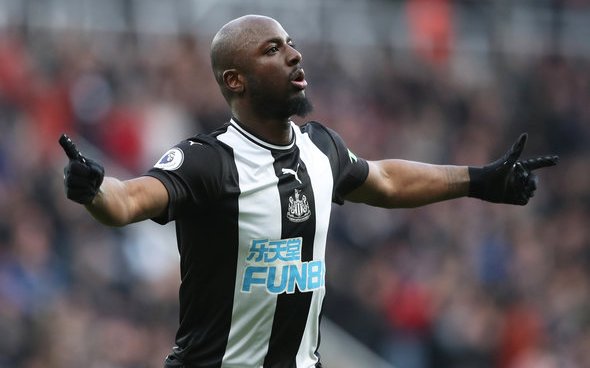 Newcastle United are unlikely to sign Jetro Willems again this summer, according to Football Insider.

The report claims manager Steve Bruce is not looking for a left-back given the tight financial constraints (outside of player sales) he will likely to have work under this summer.

As a result, the report suggests Bruce will likely prioritise strengthening elsewhere given he has the likes of Matt Ritchie, Paul Dummett and Jamal Lewis all able to operate on the left-hand side of defence.

This comes after reports from the same publication last week that senior figures amongst the playing staff wanted the club to bring Willems back, such is the level of his popularity following a brief loan spell during the 2019/20 season.

Is this a bad decision?

It’s certainly tempting to think so.

A free agent and someone who has impressed on Tyneside before, moving to bring him back looks a good idea on paper.

Still, there are no guarantees he’d be able to get back to the level he was operating at before, having not played a single competitive minute after picking up his injury against Chelsea in January 2020. Indeed, given the money problems at the top of the club, they simply cannot afford to start taking risks.

That is not a slight on Willems and, ideally, the club would be in a position where they can strengthen all areas of the park, but that just doesn’t look realistic.

While Ritchie endured problems with Bruce back in March, the fact is, Newcastle did start to improve when he came back into the team for the final nine games of the season. Granted, the returns of Callum Wilson and Allan Saint-Maximin also helped, though it’s important not to gloss over Ritchie’s contribution. During the run in, he recorded three assists, the joint-third highest total in the whole squad.

With Lewis having been signed for £15m, you can certainly see what the club are thinking here, even if it’s not ideal.