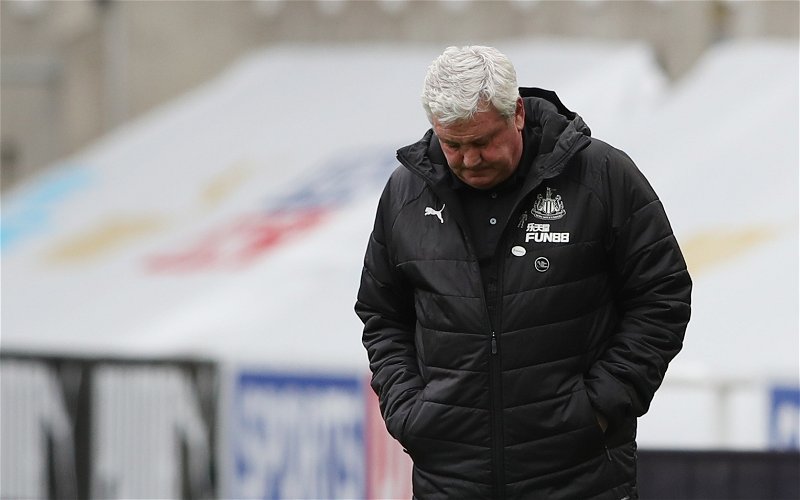 Steve Bruce is still waiting to find out exactly how much money he has to spend this summer in an effort to improve Newcastle United’s fortunes.

What is the latest Newcastle news?

The Athletic reveal that managing director Lee Charnley is yet to tell the 60-year-old about the plans for this summer though the report suggests funds will likely be limited and, as a result, Bruce is looking at free agents and potential loan moves.

Indeed, given the fairly substantial outlay on Callum Wilson and Jamal Lewis during last year’s delayed summer window, it seems Newcastle will be set for a quieter one this time around despite recent reports from The Guardian suggesting the club hoped a deal could be done to bring loan star Joe Willock up to Tyneside on a permanent basis for around £20m.

Where does Bruce want to strengthen?

The report claims Bruce is keen on bringing a left-back, a wide forward and perhaps another midfielder (presumably down to whether or not Willock does return), as well as at centre-back.

Arsenal’s Rob Holding was believed to have been close to joining on loan last year until his parent club pulled out of the deal and Bruce – like Rafa Benitez before him – is understood to harbour doubts as to whether or not Fabian Schar (if his deal is extended) can play in a back four.

While Newcastle do have options in central defence, the lack of pace between them doesn’t exactly help the chances of potentially adopting a higher line in an effort to expand their style of play next season.

Nothing But Newcastle have been told that the club are likely to make a bid for Celtic’s Kristoffer Ajer this summer and hope to sign him relatively cheaply, given the Norweigian is heading into the final year of his contract.