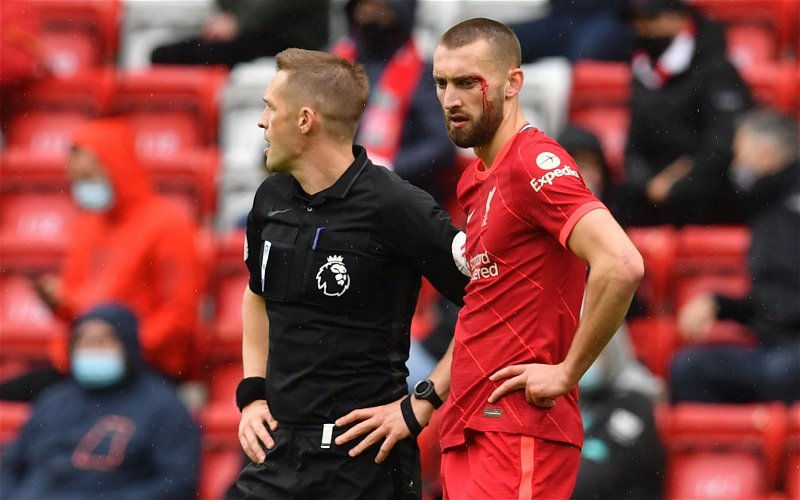 Newcastle United are amongst the club’s keen on a move for Liverpool defender Nathaniel Phillips, according to the print edition of The Sunday Sun (page 59).

Manager Steve Bruce is believed to be likely to be handed a small transfer budget this summer but strengthening in central defence is understood to be a priority.

While Nothing But Newcastle have been told the club will make a bid for Celtic’s Kristoffer Ajer, Phillips is said to have emerged as a target.

Indeed, the 24-year-old enjoyed a good run of form in Jurgen Klopp’s first-team as a result of the injury crisis at Anfield but, with Ibrahima Konate signed and key stars set to return from injury, his future reportedly remains unclear.

Would Phillips be a good signing for Newcastle?

Based on some of his performances in the season just gone, the former Bolton youngster does look as if he’d give Newcastle a new dimension at the back.

No one in Bruce’s squad won as many aerial duels per game as him on average (5.6, via WhoScored) while 1.3 tackles and 1.2 interceptions over the same period would see him rank first and second respectively of all of the club’s central defenders.

With Federico Fernandez’s future unclear and Klopp himself describing Phillips as a ‘proper’ player, he would appear to be a good signing, although it’s hard to imagine two central defenders arriving in the same window. Even without Fernandez, Bruce has the likes of Jamaal Lascelles, Ciaran Clark, Fabian Schar and even Isaac Hayden as options as there and the budget he’ll likely be afforded might not stretch as far as two additions.

What else did Klopp say about Phillips?

Moving to commend the player for his role in helping Liverpool qualify for the Champions League, Klopp was effusive in his praise.

‘These boys [also including Rhys Williams] they are obviously not skilled like crazy, they had to work incredibly hard,” he said (via The Daily Mail.)

“And now they are proper, proper Premier League players. And that’s exactly how it can work. I am really happy for them.’