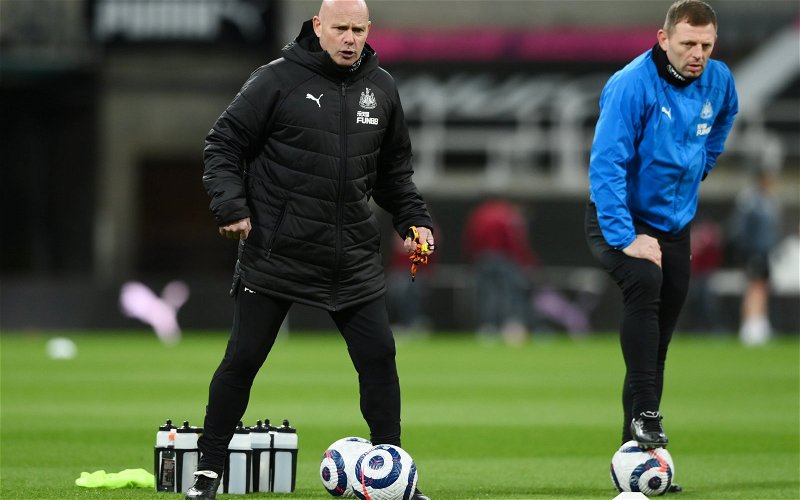 Sources close to the Newcastle United dressing room have hailed Graeme Jones’ arrival as a major reason as to why the team were able to turn their season around.

With the win over Fulham meaning Newcastle finished twelfth and a point better off than last season, reflections have begun.

Indeed, an article in The Daily Mail reference Jones’ arrival, along with the loan signing of Joe Willock, as part of the reason those behind the scenes at St James’ Park feel they were able to put a positive run together towards the end of the season.

Clearly, it’s hard to say what level of control the former Luton boss has on the team in training but, not long after he arrived, Newcastle did start picking up wins. Both Everton and Southampton were beaten in late January prior to the injury crisis that ruled the likes of Javi Manquillo and Callum Wilson out for an extended period of time, with the likes of Mark Thompson of Twenty3 praising the tactical set-up the team started to operate in during Jones’ early stages in the job.

While things certainly haven’t been plain sailing from there, Newcastle did start to pick up results once key players returned from injury towards the middle of April and ultimately stayed up comfortably.

That clearly doesn’t mean the season was a success but he did appear to have an impact.

What has Steve Bruce said about Graeme Jones?

Obviously, the arrival of a new voice on the coaching staff during a difficult period for Steve Bruce was always likely to cause speculation but Bruce did label any idea Jones had arrived to potentially take over from him as ‘conspiracy theories’.

“He was mine, my, first choice,” he said (via The Chronicle).

“All these conspiracy theories I wish I could put them to bed.

“Against Crystal Palace Graeme wanted to have a look at first 10-15 minutes, up a height, in the stands, then he came down and was in the dug out like he was against Everton.