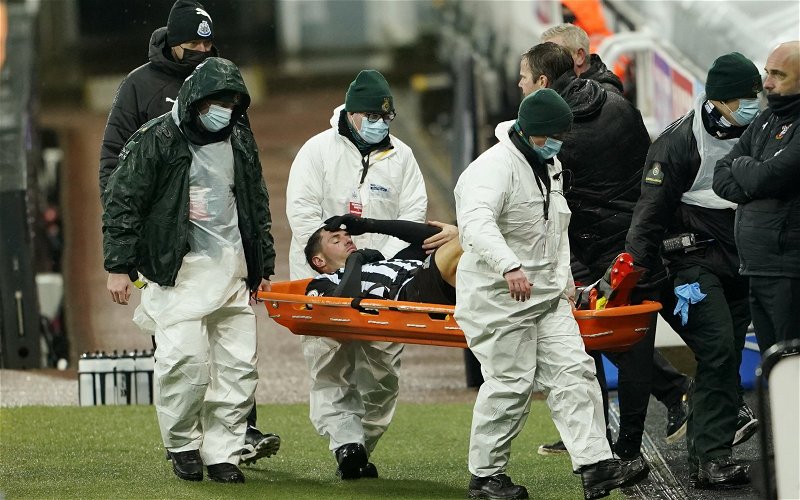 Newcastle United hope Fabian Schar will be fit before the end of the season, according to The Chronicle.

How bad was his injury?

After limping off during the dramatic win over Southampton in February, Steve Bruce revealed that the 29-year-old looked as if he’d ‘done his knee’ and it could be ‘pretty serious’.

Since, he’s missed nine games and Newcastle have kept only one clean sheet in that period. While clean sheets aren’t exactly a common thing about Bruce’s Newcastle, three of the five they’ve managed this season have come with Schar in the team.

What is his current injury situation?

According to the report, the former Deportivo star had been expected to miss the rest of the campaign but recently started running on an anti-gravity treadmill in order to try and ramp up his fitness ahead of Switzerland’s European Championship campaign this summer.

Indeed, he’s back at the training ground and Bruce admitted before the win over West Ham United last weekend that he was ‘making good progress and is doing very, very well.’

Could Schar stay at Newcastle?

While Schar hasn’t always been first choice at St. James’ Park, there’s no doubt he has been impressive this season.

As per WhoScored data, no central defender has averaged as many interceptions per game (1.6) as him or have played more long balls over the same period (3.6). Clearly, judging a defender on how well he can play a long ball isn’t necessarily fair, but the fact his average is so much higher than the next centre-back’s (Federico Fernandez with 2.3) would at least indicate he can offer something different.

Last month, The Chronicle did also suggest that Newcastle planned to invoke a clause in his deal – which is due to expire this summer – which would add another year to the agreement.

Given his exploits this season, that would certainly seem like a good idea.