Newcastle United’s chance creation amongst the best in the league 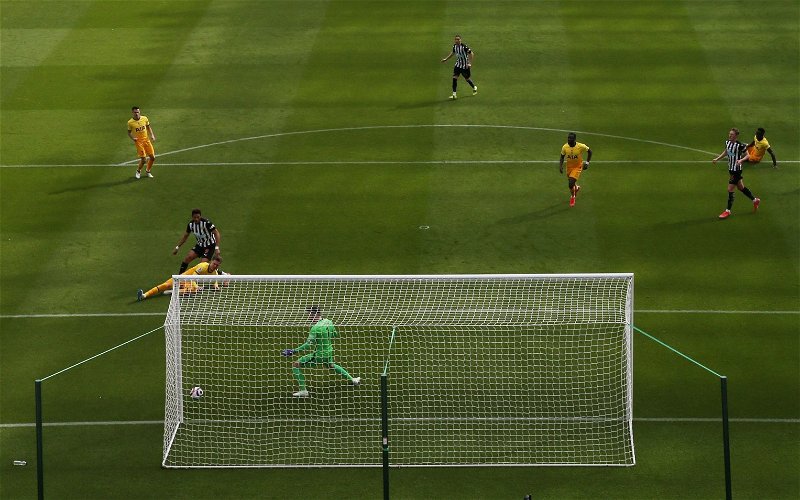 Newcastle United’s ability to create chances today in the 2-2 draw with Tottenham Hotspur was amongst the best produced by a Premier League side all season.

Indeed, The Athletic’s Tom Worville relayed data from Opta that indicated Steve Bruce’s side had amassed an xG of 4.3 today, the third-highest number from any side in England’s top division all season. Impressively, it’s the highest return of any Toon side since the 2016/17 season, during which the club were playing Championship football.

That, of course, is a positive.

While Tottenham’s bad day at the office may have played a part and the nature of the expected goals metric obviously suggests the players should have finished their chances based on the quality of them, it’s at least promising to see them proving able to create things. During the loss to Brighton before the international break, UnderStat data suggests their xG was only 0.10, indicating a major shift.

With Callum Wilson in line for a return against Burnley, perhaps things can start to look up. Clearly, it’s hard to get too excited about this Newcastle team considering what we’ve seen pretty much all season, but the England international has proven prolific. Of the 30 Premier League goals Newcastle have scored so far, Wilson has scored ten of them and also registered a further five assists, so it stands to reason that they could be in line for more of a return on their expected goals once he’s back in the side.

This may just be one game against a Spurs side who didn’t exactly cover themselves in glory but such a dramatic improvement on the Brighton game does at least suggest the team are capable of finding another level, which is certainly promising in the relegation battle to come.