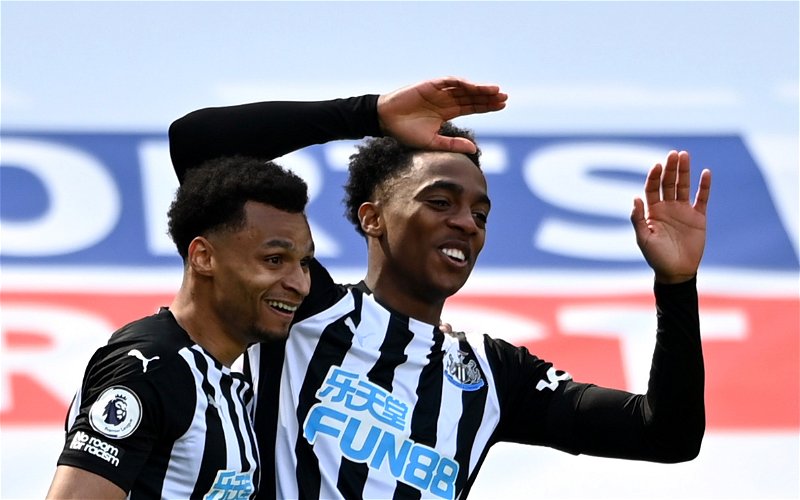 Neil Warnock has told reporters that he would imagine Newcastle United loan star Joe Willock will cost around £20m this summer, according to Teesside Live.

The April 4th print edition of the Sunday Mirror (page 63) did reveal that Steve Bruce had already decided he wanted to keep the Arsenal man ahead of next season but the report did also suggest his parent club would like him to continue his development in the Premier League if they were going to commit to another temporary exit.

When Willock originally joined in February, The Telegraph revealed that there wasn’t an option to buy inserted into his loan contract though The Sun claimed a few weeks later that the London giants WOULD consider selling him as part over a major overhaul at The Emirates.

The Athletic also suggested Newcastle would likely be interested in another season-long loan move ahead of next season should they stay up following his crucial goal against Tottenham Hotspur earlier this month.

What did Warnock say?

When discussing the difficulty of getting in players ahead of Middlesbrough’s summer recruitment, Warnock referenced Willock.

“We’re talking to one loan target in particular at the moment, that we’re hoping we can get in.

“He’s at a Premier League club, and we’ve liked him ever since I’ve been at the club really. We’ll try and see if we can talk him into coming up here. There’s not a lot like that out there though.

“The real top ones of the 19 or 20-year-olds, they’re probably going to get higher up than us. I don’t mean that disrespectfully, but clubs in the Premier League will want them.

“Look at (Joe) Willock at Newcastle – I like him, but he’s probably going to go for about £20m if they get him.”

Would it be a surprise to see him cost that much?

At this stage, probably not.

Indeed, the midfielder is a developing English talent making a marked impact at a Premier League side. Already having scored three times, he also ranks within the top three players for tackles per game and interceptions over the same period (via WhoScored) for Bruce’s side and, crucially, he signed a ‘long-term’ contract at a Premier League giant as recently as 2019.

With all that in mind, it’s hard to suggest he’d go for much less than £20m.