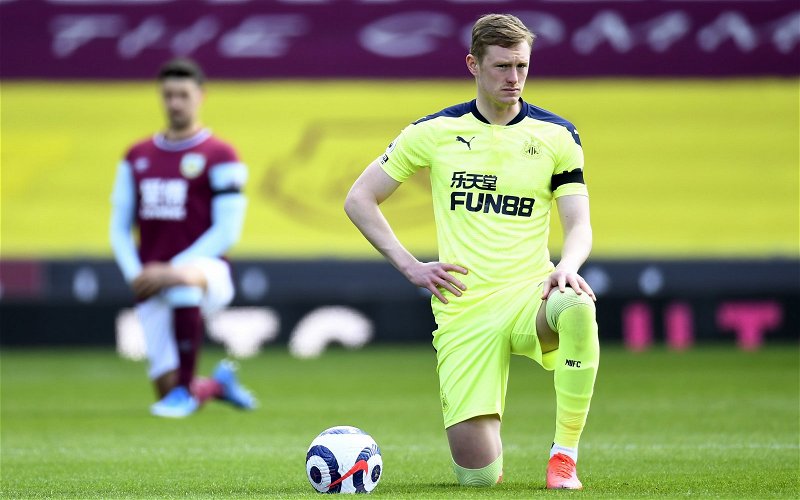 Lee Ryder has heaped praise on Sean Longstaff and urged Steve Bruce to select him for the West Ham United game.

Just how good has he been?

The midfielder has started the last two games – during which Bruce’s side have helped turn the tide of the relegation battle – after a long period out of the team. Indeed, prior to his start against Tottenham Hotspur over the Easter weekend, Longstaff had only played in 14 minutes since the loss to Sheffield United in January.

During the win over Burnley, WhoScored data notes how the 23-year-old won two tackles (no one in the Newcastle side won more), made an interception (only three players bettered that) and registered a key pass. Commended for his performance by the likes of Liam Kennedy too, his return to the side has certainly been promising.

What had the problem been?

While it’s hard to decipher exactly what the issue was after a notable drop in form following early comparisons to Michael Carrick, The Independent did claim back in November that there was a feeling that the lack of modern coaching under the current regime had not helped Longstaff develop. Football Insider then claimed in March that sections of the squad were unhappy about how Longstaff and younger brother Matty had been treated by Bruce after falling out of the first-team picture pretty much altogether.

Giving his verdict following the win over Burnley, Ryder waxed lyrical on the Newcastle United academy graduate in a video posted on Twitter earlier.

“He was fantastic today [against Burnley],” he said.

“He’s still a young player learning his trade and I do think there’s a lot more to come from him but he’s looking good and linking up well with Jonjo Shelvey.

“He should definitely be in the team for the next game.”