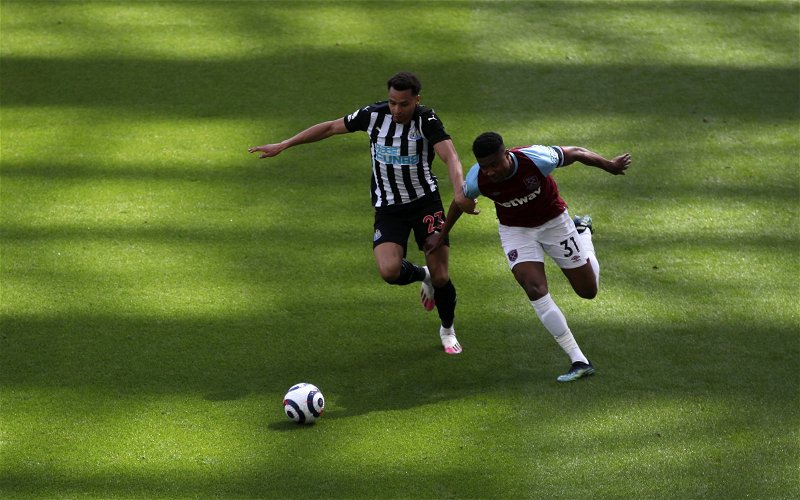 Kevin Phillips has backed in-form Newcastle United man Jacob Murphy to be a star at Rangers if he were to move there, according to Football Insider.

The same publication reported last week that both Rangers and Southampton were keen on a move for the 26-year-old amid differing suggestions on his contractual status.

Indeed, Football Insider have also claimed Murphy is NOT entering the final stages of his deal on Tyneside this summer despite the fact Steve Bruce recently urged the club to extend his stay at St. James’ Park after a successful season on a personal basis.

What did Phillips say?

Speaking on the matter, the former Sunderland striker backed Murphy to impress at Ibrox were he to move across the border.

“I think Newcastle should offer him a new deal but a lot depends on what has been made available to Bruce in the summer and if Bruce will even be there beyond the summer,” he said.

“Is he going to get money to be able to enhance the squad?

“Jacob Murphy has done very well when called upon this season. If Rangers got the opportunity to sign him, I think he would be great for them.”

On the basis of this season, you’d have to say yes.

With all due respect to Rangers – who have impressed on the European stage as well as the Scottish Premiership – Murphy has impressed at Premier League level, so he would surely have little concern of taking to life in Scotland well.

Averaging 1.3 shots, 1.6 dribbles and 0.7 key passes (via WhoScored) this season, the former Norwich City man has looked like a completely different player to the one who flattered to deceive before being farmed out on loan. Indeed, those averages see him rank fourth, sixth and second in Newcastle’s squad, so he’s clearly making an impact.

Because of that, Newcastle need to offer him a new deal.