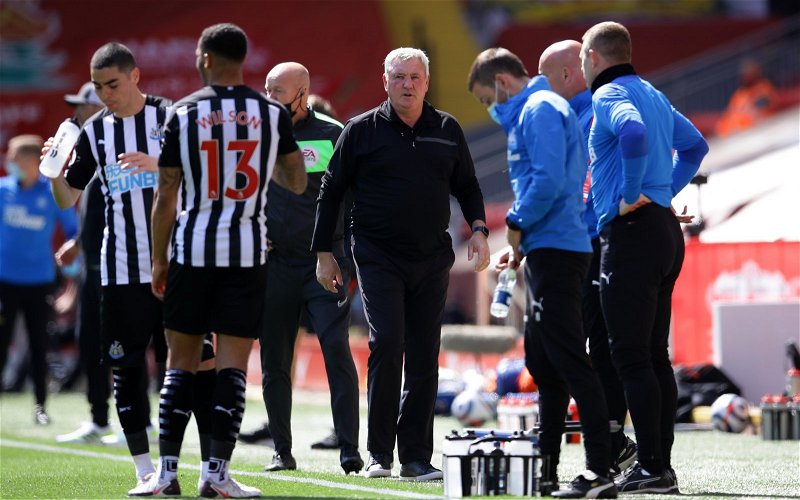 Mike Ashley and Lee Charnley acknowledged the misgivings of the Newcastle United squad after the miserable loss to Brighton in March but told them that Steve Bruce was always going to remain in charge, according to The Athletic.

They reveal that a series of meetings with the playing staff were held after that miserable night on the South Coast and, while there was an acceptance that things weren’t going well on the managerial front, they were also told that things had to improve.

Indeed, Ashley is believed to have joined in to show support and lift the mood but was defiant that Bruce would not be sacked.

Were there other options?

At the time, Nothing But Newcastle were told that Chris Wilder – who had just left Sheffield United – was keen on the job but also that Ashley was determined not to give in to fan pressure.

Graeme Jones was brought in a few months before the dismal night in Brighton and, while Bruce had stressed the coach arrived with his permission, the Daily Mail suggested sections of the squad wanted him to replace Bruce as the club’s manager last month.

What does this about Newcastle?

Sean Longstaff recently said that observers cannot question Newcastle’s determination and, given they scored late against Tottenham, West Ham and Liverpool to help turn their season around, it’s hard to doubt him.

Still, the fact there needed to be an intervention of sorts doesn’t speak to a particularly happy camp. Clearly, the injuries to Allan Saint-Maximin and Callum Wilson won’t have helped, but to win only two of twenty-one games between December and April was a shocking return from a squad who had stayed up fairly easily during the two seasons that came before this one.

At least, however, decisive action was taken in that Bruce’s position was made clear. However unpopular he may be amongst swathes of the support, that kind of clarity appears to have helped, at least in the short-term.