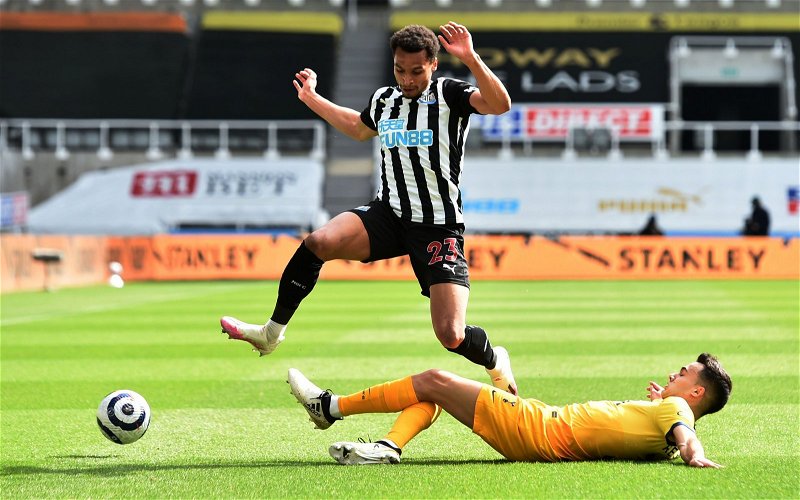 Steve Bruce has urged the club to tie Jacob Murphy down to a new deal.

What is his current contract situation?

Having played his way back into the side this season, the club certainly do have a decision to make ahead of the summer.

Indeed, Murphy has just a few months to go on his reported £25k-per-week deal and has previously been linked with a move to Rangers. Having made eighteen league appearances for the club, only two players have recorded more than his two assists in the Newcastle side this season and, crucially, he is able to operate as both a right-back and right-wing back.

His 1.2 shots per game (via WhoScored) are bettered by only Joelinton, Jonjo Shelvey and Callum Wilson while his 1.7 dribbles over the same period ranks him second on that front behind Allan Saint-Maximin.

Clearly making a tangible impact in the side this season, he’s proven to be a versatile option and someone who can add to the attacking cause.

What did Bruce say?

So, should Newcastle do it?

It’s hard to take too many positives during this miserable campaign but Murphy has certainly been one. The statistics we mentioned earlier point to a man outperforming a lot of the rest of his teammates in some key metrics and, being able to play in two positions, he’s a useful player to have around.

Having cost £12m in 2017, Newcastle are finally starting to see a return on that investment.