News: Karl Darlow could look to leave this summer, according to Paul Robinson 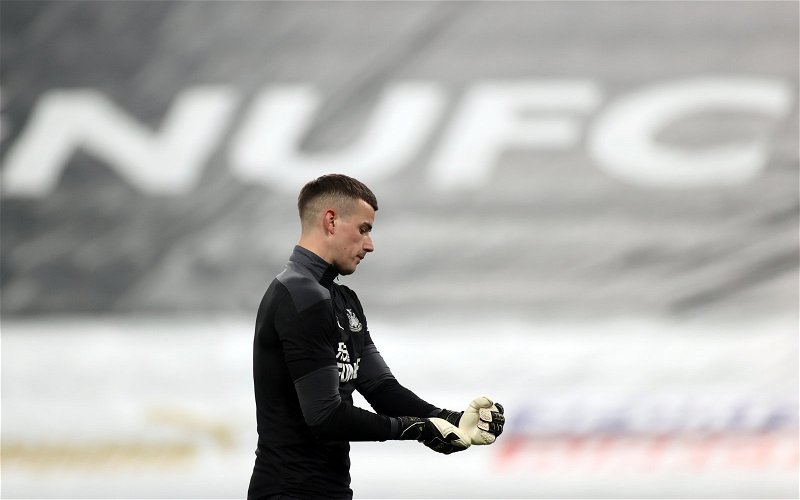 Paul Robinson has suggested Karl Darlow could look to quit Newcastle United regardless of whether they stay up this season or not.

Speaking to Football Insider, the former England international suggested the 30-year-old could feel like his dropping from the first-team in February may have cost him a spot in Gareth Southgate’s international set-up.

“I think he was in with a serious shout of getting in the England squad before he got dropped,” he said.

“It is always going to be difficult for Darlow with someone of Dubravka’s quality behind him. Managers tend to have a loyalty to their number one goalkeeper. It is almost like a comfort blanket.

Darlow was thought to have been angered after being left out of the draw at home to Wolves towards the end of last month after being criticised for his performance against Manchester United a week earlier. Prior to that, he put in good performances against the likes of Liverpool and Tottenham and, even despite not having played the last four Premier League games, he has still made the eight-highest number of saves in the league (via FBREF).

Clearly a capable goalkeeper at elite level, it would barely be a surprise to see him try his hand elsewhere if he doesn’t feel he can reclaim his starting place.

Would Newcastle miss him?

It would be doing Darlow a disservice to suggest Newcastle wouldn’t miss him but, unlike most other departments, the club look well-stocked when it comes to goalkeepers.

Martin Dubravka is a hugely important figure behind the scenes while young Freddie Woodman is impressing on loan with Swansea City (boasting the third-highest clean sheet percentage in the Championship) so perhaps the club could look to cash in on Darlow and still be covered between the sticks.

Of course, all of that is hugely dependent on what division the club are playing in next season.

Having only signed a new long-term contract back in September, Newcastle would be in a strong position to negotiate with interested parties should Darlow look to leave in the summer.

It would be a shame to see him go given his exploits earlier this season but, sadly, Newcastle do have other good options in his position.